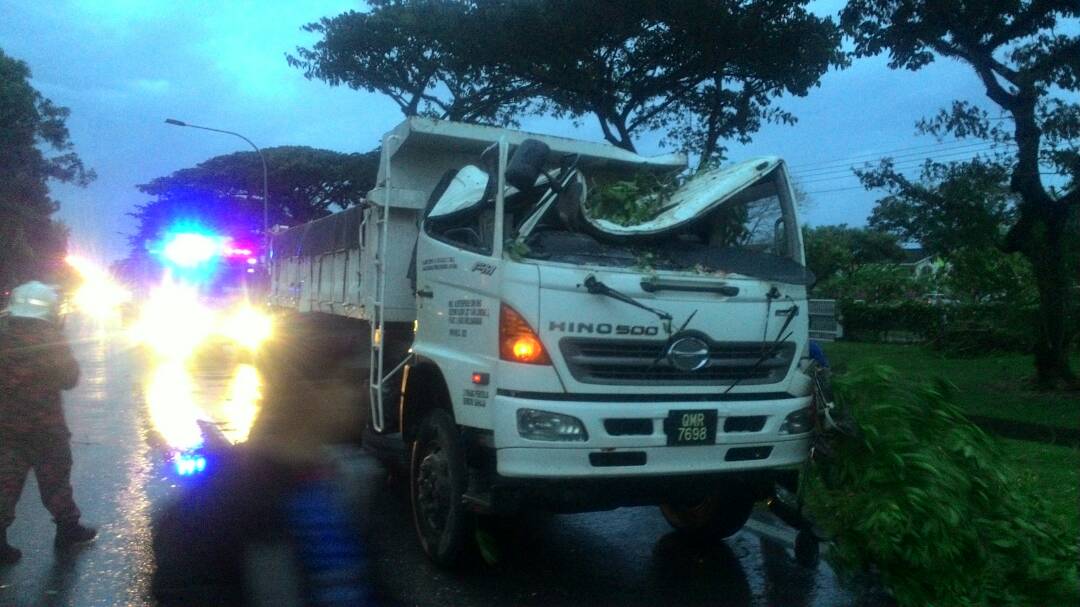 An uprooted tree at Jalan Miri-Pujut that fell onto the lorry, leaving the lorry with damage at the front side. 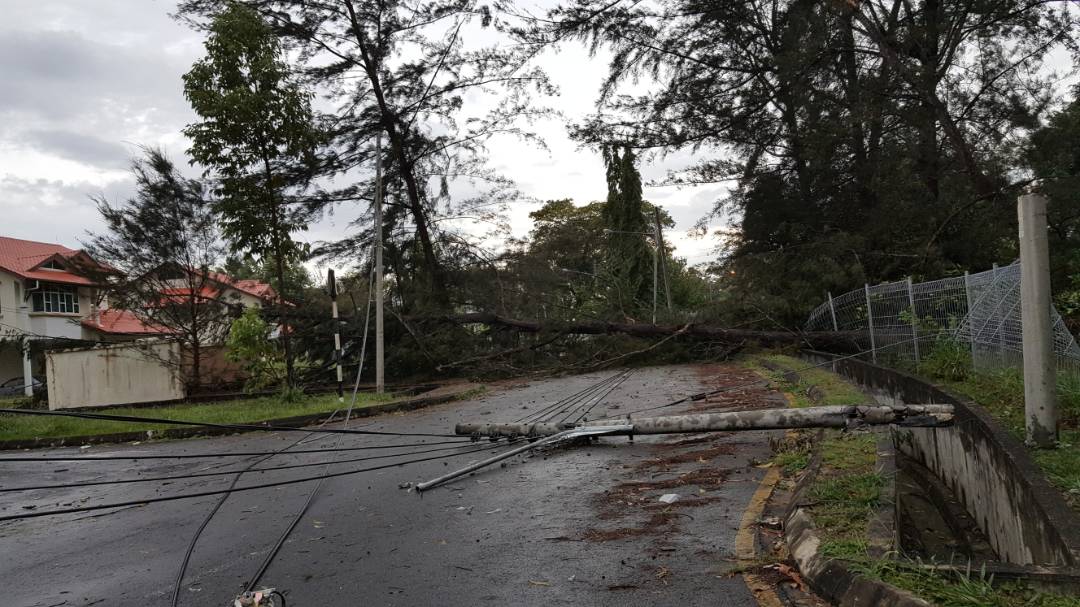 Strong winds ripped part of facilities of a government quarters in Tanjong Lobang.

Thick black clouds were spotted approaching the city centre around 4pm, followed by strong winds that lasted until late afternoon. No casualties or injuries were reported.

Several trees and branches were reported to have fallen on to the roads in various areas in the city. Among those areas were Jalan Miri-Pujut in front of a petrol station, and the vicinity of a government quarters in Tanjong Lobang.

Miri Fire and Rescue Department (Bomba) chief Law Poh Kiong said Bomba received a distress call at 4.45pm and seven personnel in two fire engines were rushed to the scene, 8 kilometres away from the Lopeng fire and rescue station.

“A tree fell onto a lorry with a driver and one passenger due to strong wind.

“They managed to get themselves out from the lorry with no injuries or casualties reported,” said Law.

Bomba personnel helped clear the tree and branches that fell onto the lorry and clear the debris left on the road.

Law added that a staff of Miri City Council (MCC) was slightly injured while helping in the clearing work and he was sent to the hospital for further treatment.

The Meteorological Department today forecasted strong winds in the afternoon for several places, including coastal areas here. With strong winds up to 50km per hour and strong current and waves up to 3.5 metres or 11 feet, it is hazardous to small boats.