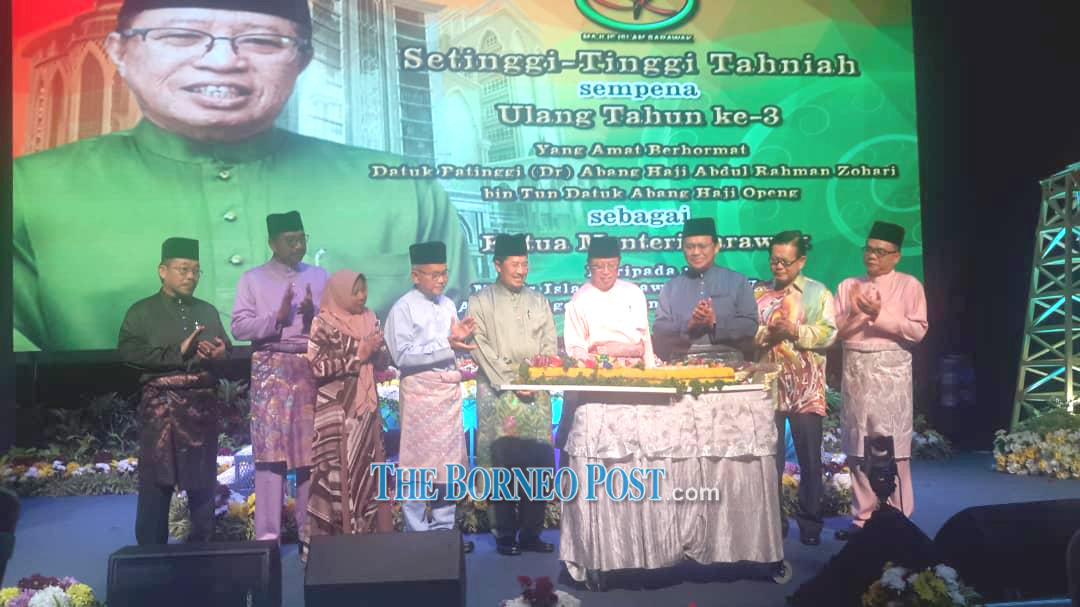 MIRI: The Sarawak government will continue to give support, cooperation and commitment to Sarawak Islamic Council (MIS) and Islamic Affairs Department Sarawak (Jais) in reinforcing the human capital development of the Muslim community, guided by the teachings of the Quran.

In stating this, Chief Minister Datuk Patinggi Abang Johari Tun Openg believes that every Muslim needs to understand the Quran and thus, events such as the state-level ‘Tilawah Al-Quran’ (recital of the Quran) are regarded as a viable platform to spread and raise awareness of the good teachings contained in the Quranic verses.

“The ‘tilawah’ event aims to raise public awareness of the importance of making Quran-reading a culture among the Muslims – using it in learning and teaching, appreciating it, practising it and researching into it.

“Bringing this culture to life and deepening our understanding of Islam as ‘Ad-Din’ (way of life), will guide us in the right way.

“The cultivation of the Quran-reading culture in families will also strengthen our self-esteem and instil confidence in our generation, in the face of many challenges and for them to not be trapped in social ills,” he said at the official launch of the state-level ‘Talawah/Hafazan (Memorisation) Quran 2020’ at the civic centre here on Monday night.

On the event, Abang Johari regarded it as a great platform for developing ‘an excellent generation, superior in various aspects’.

He also believed in the ability of the ‘tilawah-hafazan’ event to strengthen the unity of Sarawak’s multi-racial society.

“Invitation to such event is also extended to non-Muslims.

“It is a testament to the superiority of our civilisation – one that is harmonious and respectful of one another, without any prejudice,” he pointed out.

Abang Johari also commended this city and its people for being such a gracious host for this state-level tilawah event, which celebrated its 60th anniversary this year.