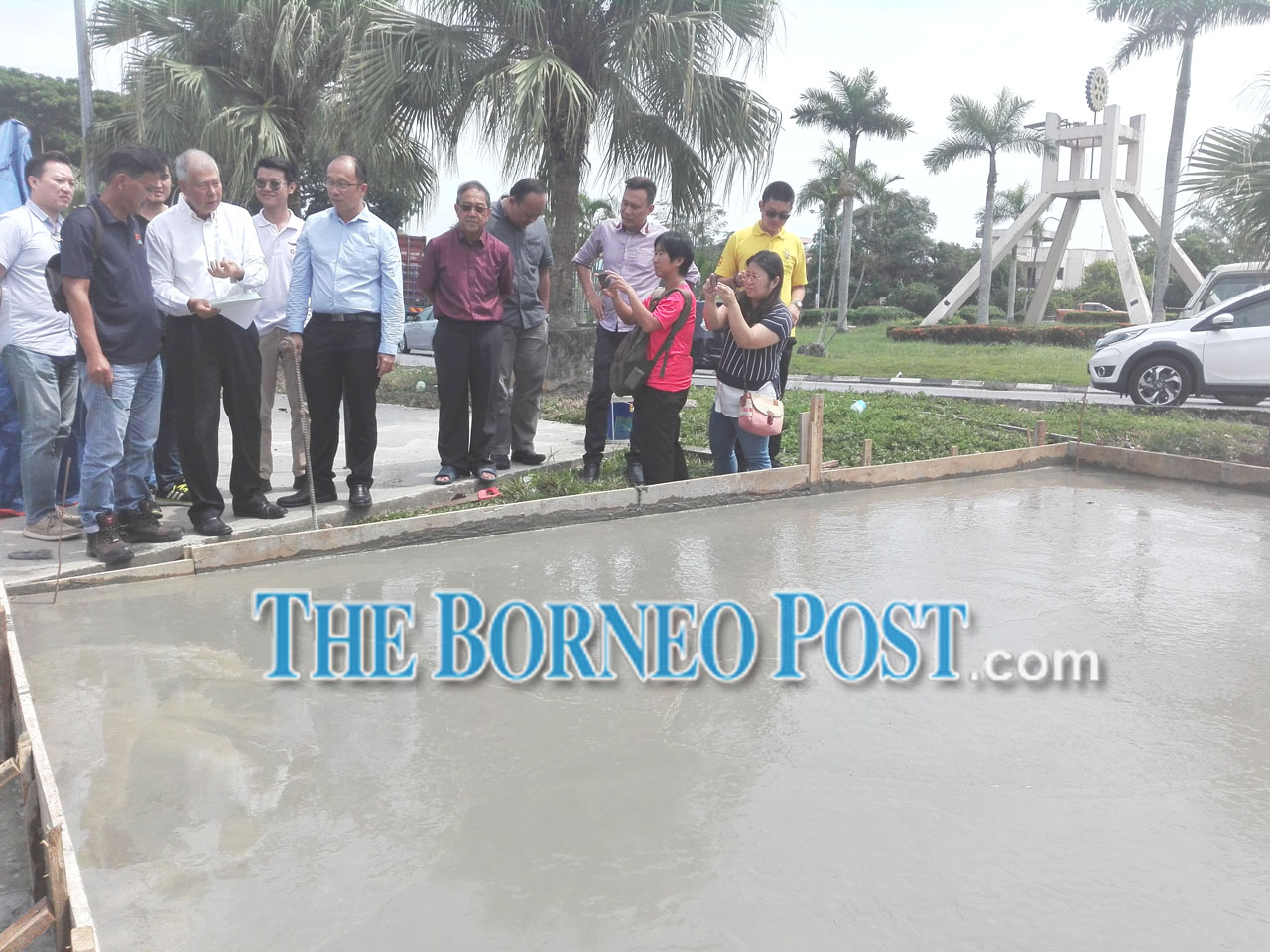 Ting (third left) explains to the telecommunication provider’s representative (on his right) that a permanent structure such as the tower is not allowed to be built near a roundabout, as others listen.

MIRI: Piasau assemblyman Datuk Sebastian Ting has called on the federal government to explain to the people why the project to alleviate traffic congestion at the GK roundabout here was put on hold.

He said road users in the city are frustrated with having to deal with the serious congestion during peak hours at the roundabout, located along Jalan Pujut-Lutong, on a near-daily basis.

“Before the 14th General Election, the previous federal government had approved RM12 million for the project, which was to be implemented by the Public Works Department (JKR).

“According to the previous arrangement, this project was supposed to have been completed by January this year. It is sad to note, however, that the change of federal government has caused this project to be put on hold,” he told the media after a visit to the roundabout yesterday.

Ting added that politics ought to be put aside in this case as the project is one that is desperately needed by Miri folk.

The Sarawak United People’s Party (SUPP) secretary-general disclosed that he had brought up the issue to Works Minister Baru Bian during the last State Legislative Assembly sitting, but had yet to hear back from the latter.

“Let us put aside our political differences and work together for the people of Miri. This serious traffic congestion at the GK roundabout area is not a new issue as the road users have been experiencing bad traffic congestion for many years,” he said, stressing that he will continue to follow up on the matter with the Works Ministry.

At the same time, Ting also voiced his concern on the ongoing construction of a telecommunication tower by the roadside of GK Supermarket – located close to the roundabout.

He said a permanent structure like a telecommunication tower would only worsen the existing traffic congestion at the roundabout.

“When it comes to roundabouts, permanent structures are not allowed to be built in the area as such structures would only obstruct any future development plan to improve the traffic conditions in the area,” he explained.

After highlighting the matter with the telecommunications provider, Ting was happy that the company instructed its contractor to halt construction of the tower, and advised them to perhaps seek a more suitable location in the area to build the tower.

The GK roundabout area is one of the main roads used by residents here to travel between the city centre, Pujut, Tudan, Permyjaya, Senadin and Kuala Baram.