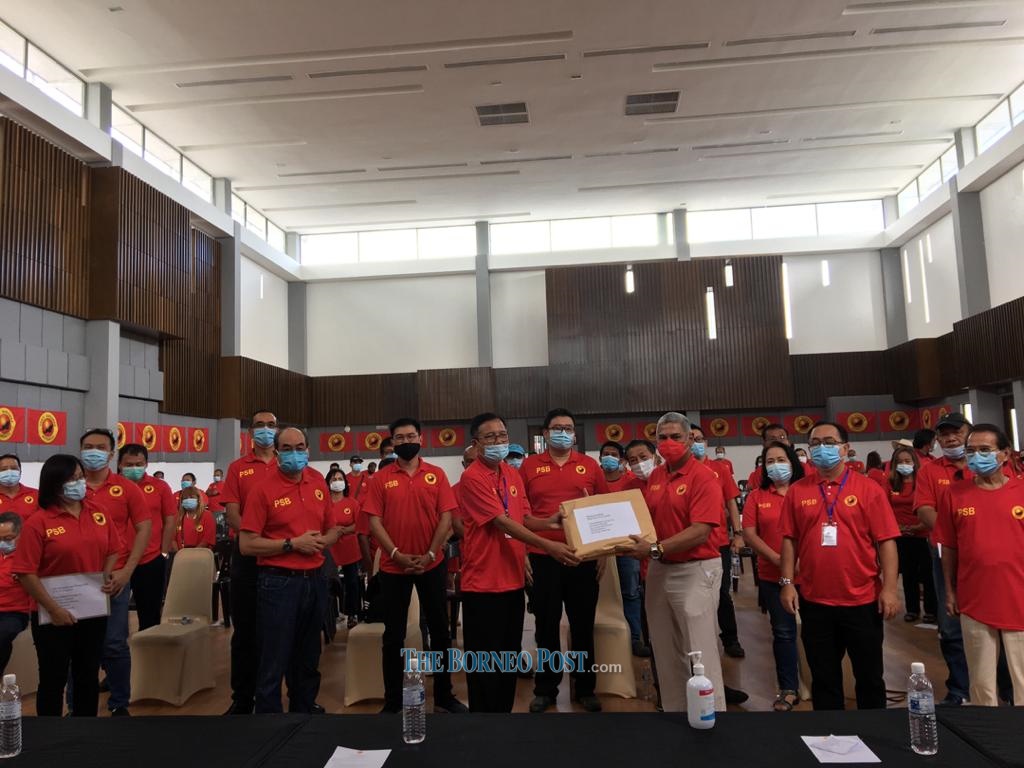 Speaking at the handing over of membership application forms at a function held here today, PSB president Dato Sri Wong Soon Koh said it was heartwarming to feel the eagerness and enthusiasm of the new members, especially since they were leaders and members of PBB Pujut branch who had decided to leave the party.

“What is worth mentioning is that they are leaders and members of PBB Pujut branch who have left PBB to join PSB. I will leave to them to express their reasons for wanting to make the change,” he said.

He stressed that PSB is a multi-racial party with support from across Sarawak with the Malays, Melanau, Iban, Bidayuh, Orang Ulu, Chinese and other races working hand in hand to form the party.

“It can be seen that PSB appeals to all Sarawakians. The reason is that PSB is truly multi-racial, unlike parties in Gabungan Parti Sarawak (GPS) that claim to be multi-racial but are not really so,” he lamented.

He went on to say that another reason why PSB was appealing to Sarawakians is because it was a truly Sarawak based party with no affiliation to any West Malaysians parties.

Other reasons, he said was the failure of the then Barisan Nasional (BN) and GPS government to develop the state and its people.

“BN and GPS have governed Sarawak for nearly 60 years. In that time, after joining the Federation of Malaysia with Singapore, look at the development in Singapore compared to Sarawak, despite the huge abundance of oil, gas and timber that Sarawak.

Wong said PSB is confident that within three years of forming the next state government, the people of Sarawak will be able to feel the difference. He reiterated that PSB will become a government that is picked by the people and for the people and will benefits the majority of the people.

“I therefore welcome our new comrade in arms that have left PBB Pujut branch to join PSB in our battle to bring about change Sarawak,” he said.