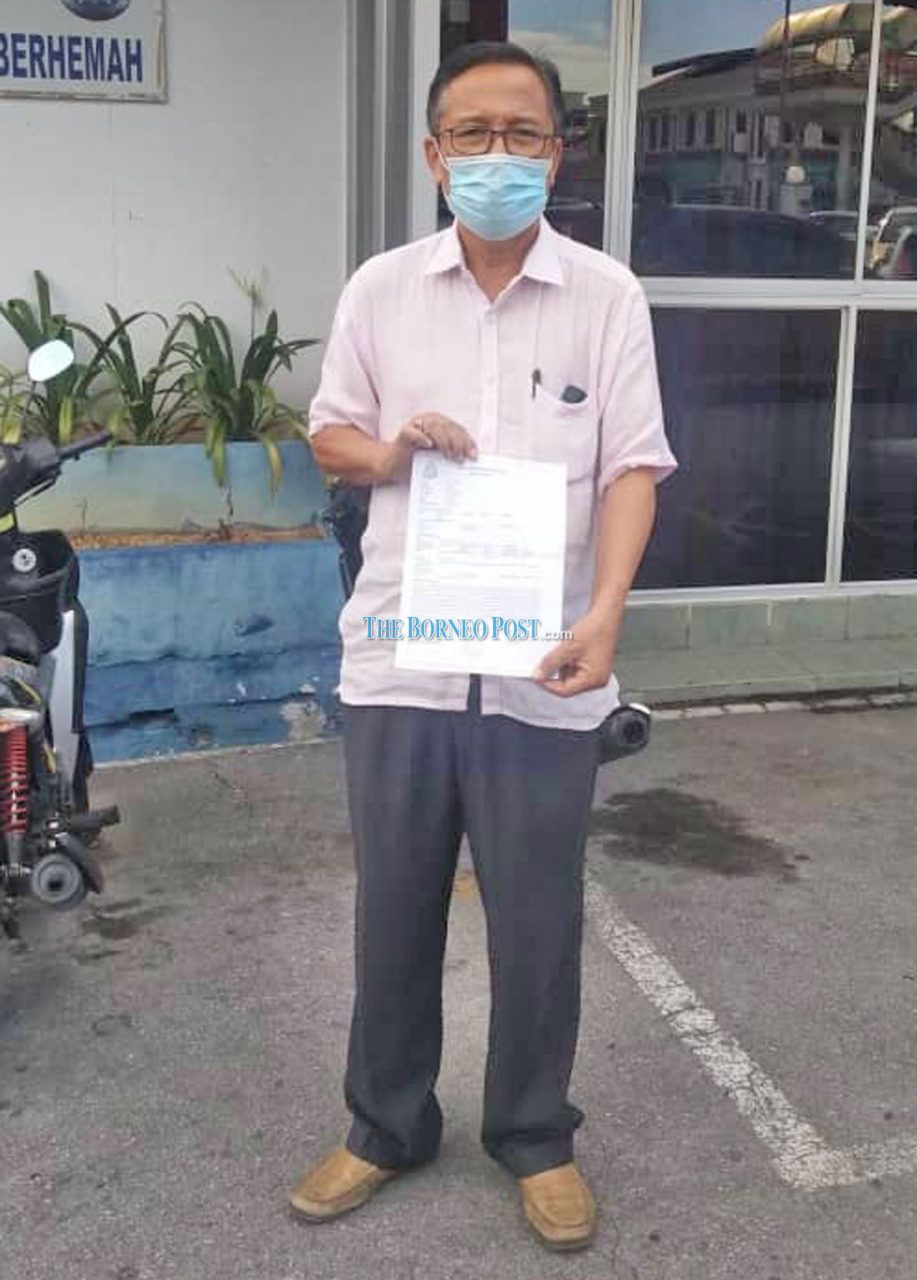 Abu Bakar, who filed the report at Miri Central Police Station, called on the authorities to probe the individual behind the ‘Jasson Bourne’ account over the alleged slanderous remarks made against him barely a day after he joined PSB and set up the Lambir branch’s pro tem committee.

“I hope the police and the Malaysian Communications and Multimedia Commission (MCMC) will take appropriate action against the perpetrator, whoever he or she is.

“The photo of me and slanderous remarks against me in social media by ‘Jasson Bourne’ are an attempt to tarnish my image and political career,” he said when met, adding he was made aware of the alleged slander against him by several friends.