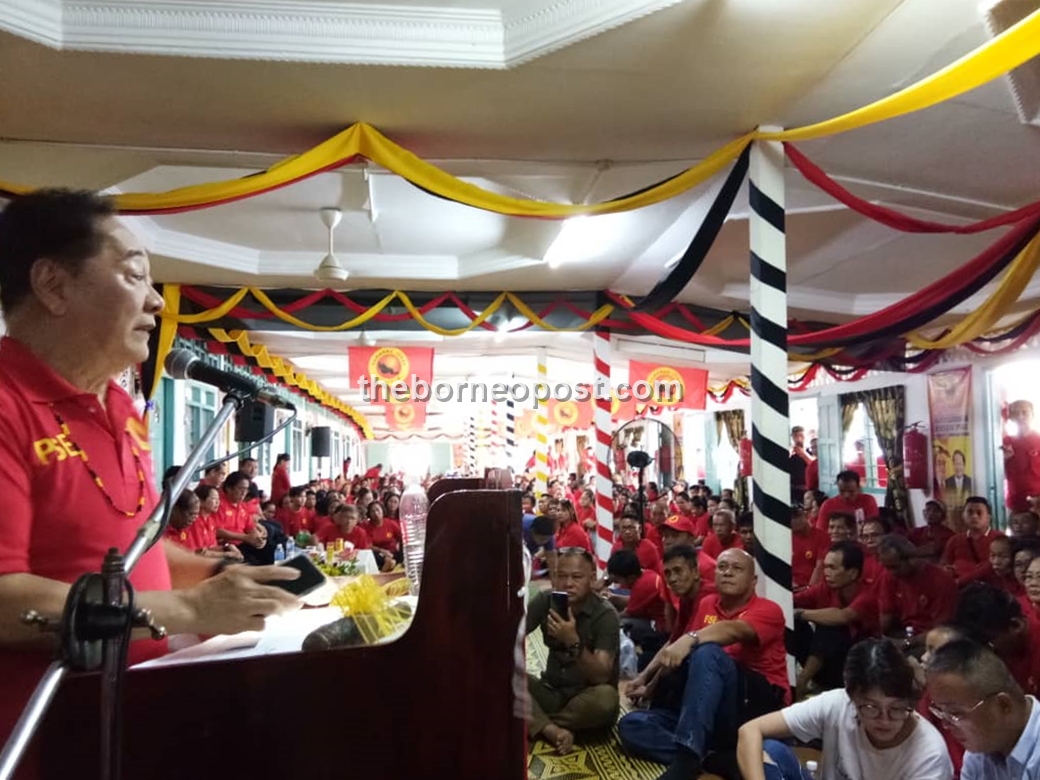 MIRI: A crowd of more than 3,500 people flocked to the 21-door Rumah Joshua Bungkong longhouse at Sungai Mallang, Bakong here this morning for the launching of Parti Sarawak Bersatu (PSB), Baram Level.

At the function, PSB also received more than 2,000 new membership applications from residents of 78 longhouses, which were collected during a two-week recruitment drive in Bakong.

“I’m deeply impressed by this overwhelming turnout and the support shown for PSB by the people of Bakong this morning.

“We in PSB welcome everyone to join us. We want to work with all like-minded people, to maintain harmony, peace and stability,” said PSB president Dato’ Sri Wong Soon Koh in his officiating address at the event.

According to Wong, the objective of PSB is to have a strong party that is made up of patriotic Sarawakians from all races.

“Our party is a multiracial party that will work together to fulfill the requests of all Sarawakians.”