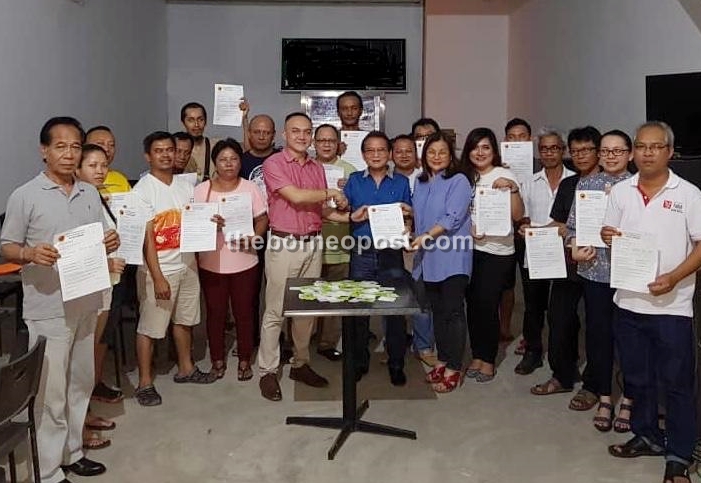 MIRI: A group of 20 grassroots and opinion leaders from three state constituencies have expressed their interest to join Parti Sarawak Bersatu (PSB), bringing along 1,500 others with them.

The group led by Richard Wil Uban are from Pujut, Piasau and Senadin state constituencies, who are mostly from Parti Rakyat Sarawak (PRS), held a meeting to chart their political direction under PSB last Sunday.

According to Richard, the group interds to present PSD headquarters with 1,500 members application forms of applicants who are formerly members and supporters of PRS within Miri.

The group also claimed that 600 ex-PRS members have returned their membership cards upon the resignation of the ex-Senadin branch secretariat, and this would be returned accordingly to the party headquarters.

Richard, who was a party veteran from PRS, a splinter party from the now defunct PBDS, said the group believed that PSB is the best political platform to pursue the Sarawak agenda in protecting, defending and fighting for the state’s rights as enshrined in the Malaysia Agreement 1963 (MA63).

Present to witness the handing over of membership forms in Miri to PSB was Suzanne Lee, political secretary to the Chief Minister of Sarawak.