Projects in Marudi to be carried out in stages 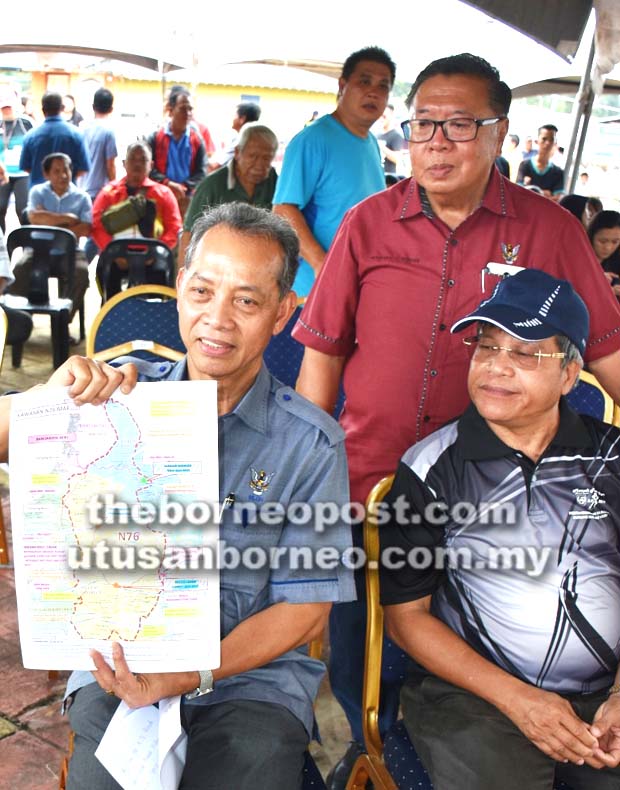 Penguang shows his planned projects to the press. 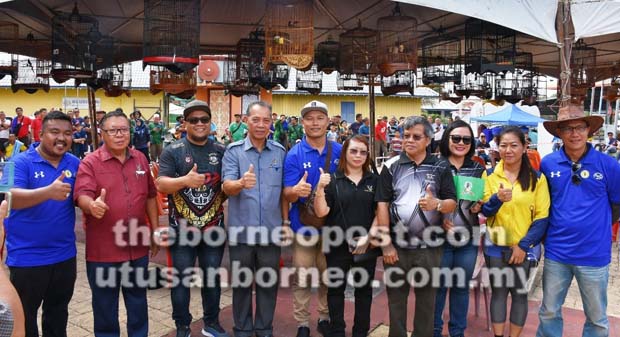 The organising committee posing with Penguang (fourth left) after the launching ceremony.

MARUDI: Various projects planned for this year and 2020 in Marudi will be implemented in stages, Assistant Minister of Local Government Datu Dr Penguang Manggil said.

The Marudi assemblyman told a press conference that among them is the Batang Baram bridge at Ng Ridan which will be done soon as the tender has been closed.

Besides that, five bailey bridges along Miri-Marudi Road will be built soon while the Sg Arang bridge will be widened with another lane, he said.

Others to be implemented, he added, are the proposed multipurpose hall at Masjid Assalam Marudi and the Muslim cemetery.

In addition to that, the Sarawak government had confirmed to go ahead with the construction of the dome of the mosque which was approved by the previous federal government but cancelled by the PH government, he informed.

The press conference was held after Penguang officiated at the Marudi Fun Run 2.0 and Birds Song Competition, organised by Marudi District Council and Brotherhood Bon that was held in Marudi Town Square on Sunday.

Penguang also gave an update on the Marudi Waterfront project and the proposal for Marudi to be the 13th administrative division in Sarawak.

“So we will have additional community leaders – one Pemanca each for Iban and Malay communities – besides another Penghulu for lower Baram,” he said.

He also informed that the Marudi Waterfront will be declared open either late February or early March this year by Chief Minister Datuk Patinggi Abang Johari Tun Openg.

Besides that, he also informed that he had formed a special development committee for NCR land in Marudi which is headed by himself as the chairman.

“Any of us facing NCR land issues and problems, please inform this taskforce. We have some RM40 million for perimeter survey for the whole state and this is the right channel,” he said.

On a related matter, he said the Baram Regatta would be cancelled this year to give way to the construction of the Marudi Waterfront.

Meanwhile, more than 400 people participated in the Marudi Fun Run 2.0 that was divided into six categories.

The competition featured some 450 birds of different species while the judges were from Indonesia.