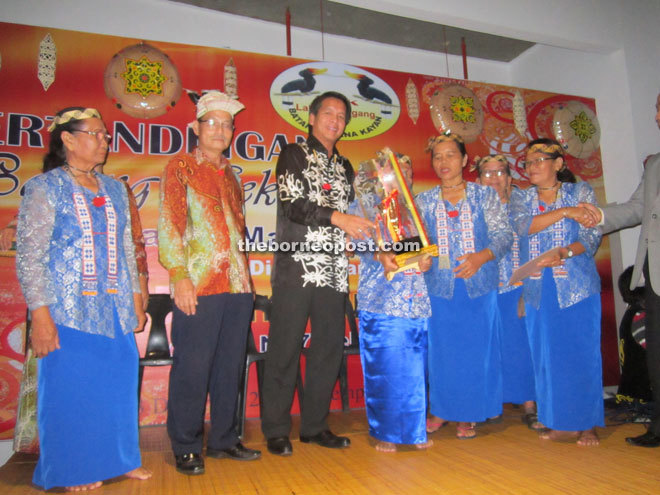 Members of the first runners-up team receiving their prize from Dennis.

To help preserve the tradition of this ethnic minority group, Sarawak Kayan Association held a competition here on Dec 13, participated by 10 groups of five members each.

Traditionally, Batang Tekna Kayan are sang in the longhouses to welcome visitors, and, in the old days before the advent of television, it was a popular form of entertainment.

There would be performances by groups of five, including the team leader. 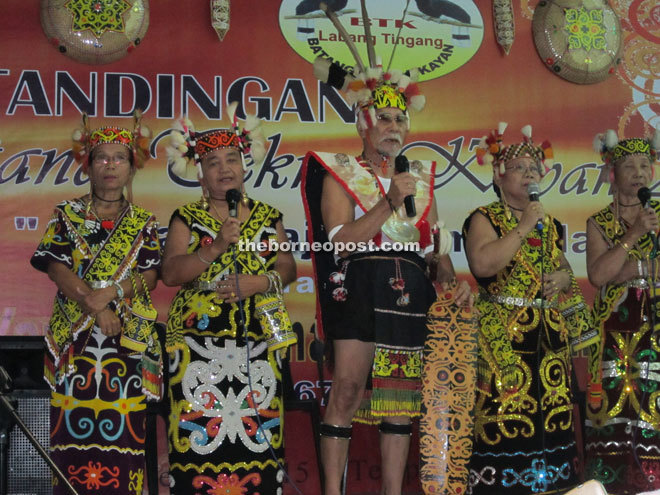 This group from Long Laput in Baram emerged winner of the Batang Tekna Kayan 2015 competition.

The association’s president, Dennis Ngau, lamented that Kayan youngsters were now more taken in by modern tunes, no thanks to influence by television and the Internet.

“These traditional songs are significant and should be preserved. In the old days, it helps bring together families and relatives,” he told The Borneo Post on the sideline of the competition.

Ngau, also Telang Usan assemblyman, suggested that this joyous tradition be put in the tourism calendar in order to share it with the world.

Meanwhile, the competition’s organising chairman, Howard Wan Jau, said plans were afoot to hold the competition annually to promote this tradition among the Kayan community and to the world.