Poll: Declaration of Emergency vital in battle against Covid-19 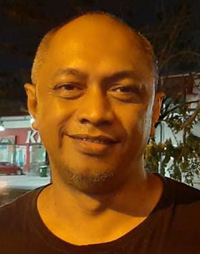 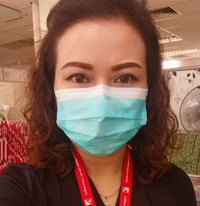 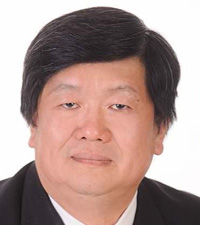 KUCHING: Many Sarawakians are supportive of the declaration of Emergency in Malaysia, as rising Covid-19 cases have put a strain on the nation’s healthcare system.

They believe that the move is vital for the country in winning the war against the coronavirus, and it is about time that it is declared.

“The declaration (of Emergency) serves to remind Malaysians about how bad the situation is in the country.

“It also serves to ease the burden of the frontliners who are being deployed to fight the battle against Covid-19,” said police personnel Zamri Ali Khan, 43.

He expressed hope that with the proclamation of Emergency, Malaysians would understand the dire Covid-19 situation in the country as before this, some Malaysians failed to take the situation seriously – with some even blatantly disregarding the standard operating procedures (SOP) set by the authorities.

“Now with Emergency being declared in the country, I hope all Malaysians regardless of their positions or backgrounds in society would do their best in cooperating with the government in fighting Covid-19,” he said.

In his opinion, private sector employee Then Chen Ping, 37, said many Malaysians had the tendency to forget about Covid-19 being ‘a real threat’ in the country.

He had observed many individuals who violated various rules set under the Movement Control Order (MCO).

“During the enforcement of the MCO, I saw many doing activities such as public gatherings without adhering to the MCO rules such as not practising social distancing, hosting a huge number of people and many more,” said Then.

Expressing similar sentiments was Hellen Menging, 36 – an assistant director of the Department of Wildlife and National Parks in Kuala Lumpur.

She also remarked: “From my understanding, the declaration of Emergency would help the government focus on stopping the spread of Covid-19 and also ensuring political stability, which is why I am supportive of its declaration.”

For Joshua Jepit, 35 – an employee of Sarawak Oil Palms Bhad in Miri, the declaration of Emergency would put on hold the need to hold any type of election.

He said Sarawak, for example, would have to hold its state election soon but due to the Emergency, the polls had to be postponed.

“The Emergency would help the country focus on more important matters such as the fight against Covid-19. It is really for the good of the people,” he added.

Andrew Chioh, 55, who is self-employed, said from a political point of view, the declaration of Emergency would end all speculations on whether or not any election would be held in the country soon, as the earliest it could be called would be in August upon the scheduled end of the Emergency – subject to the independent panel confirming that the pandemic was over and it would be safe to proceed with the election.

“By then (August), hopefully 70 to 80 per cent of Malaysians would have been vaccinated.

“I believe that a majority of Malaysians would not want to have one (election) in the very near future, either at parliamentary or state level,” said Chioh.

Yang di-Pertuan Agong Al-Sultan Abdullah Ri’ayatuddin Al-Mustafa Billah Shah had consented to the nationwide declaration of the Emergency yesterday – set to run until Aug 1 this year, or until the
Covid-19 situation had been brought under control in Malaysia.