Police: Only 2 in downed chopper 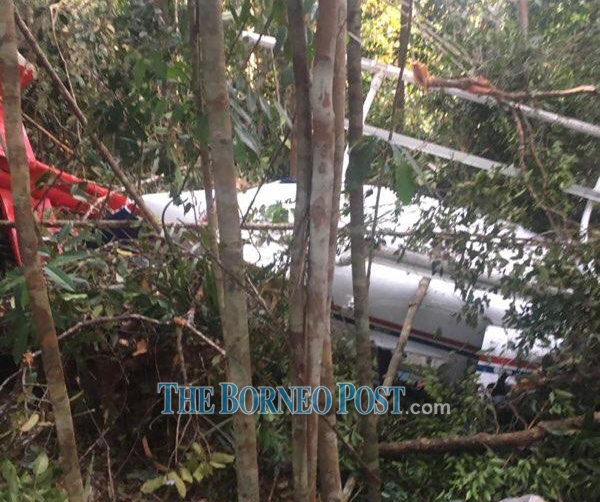 Only two people were on board the Sabah Air Bell 206 helicopter that crashed near Marudi town on Saturday, Marudi police chief DSP Jo Heng clarified yesterday.

Jo, when contacted said the two people were the helicopter’s pilot and co-pilot, who both survived the crash and received outpatient treatment at Marudi Hospital.

“Yes, there was a helicopter crash yesterday (Saturday) but the two people on board – a pilot and his co-pilot – survived the crash.

“Both sustained light injuries only and were given outpatient treatment at Marudi Hospital. They were discharged at 11.15pm last night (Saturday),” he said.

It was initially reported that five people were on board the helicopter when it went down.

Prior to the crash, the helicopter departed Marudi Airport at 4.04pm with five people onboard – the pilot and his co-pilot as well as three personnel from the Survey and Mapping Department (Jupem).

The helicopter landed safely at the Jupem base camp about nine minutes later and after dropping the three Jupem personnel, it then departed the base camp transporting 285kg of concrete boarder markers underslung.

“It is believed that the cargo was stuck on the mooring point and skidded left, causing the helicopter to tilt to the left and its fan hitting the trees before it went down,” Jo said.

The helicopter was said to be transporting out the concrete boarder markers near the Malaysia-Brunei boarder.