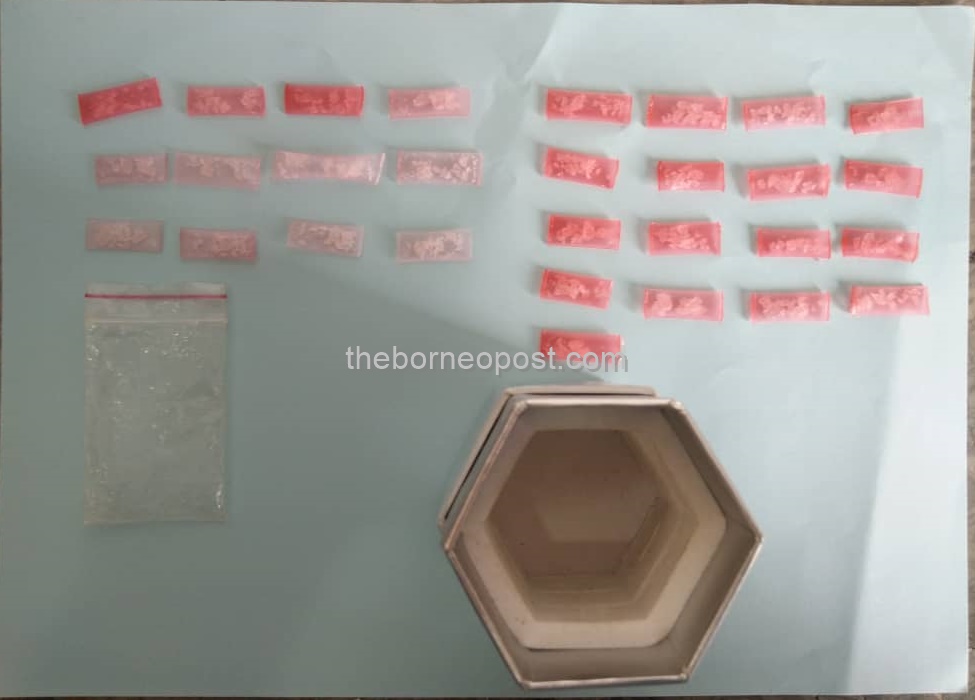 Drugs seized from the suspects during the ambush.

MIRI: Police have arrested two men who are believed to be drug pushers in an ambush at an unoccupied house in Jalan Banting, Lawas yesterday (May 18).

During the 3.30pm ambush, the raiding team found 12 straw tubes containing crystalline substance believed to be Syabu on one of the suspects.