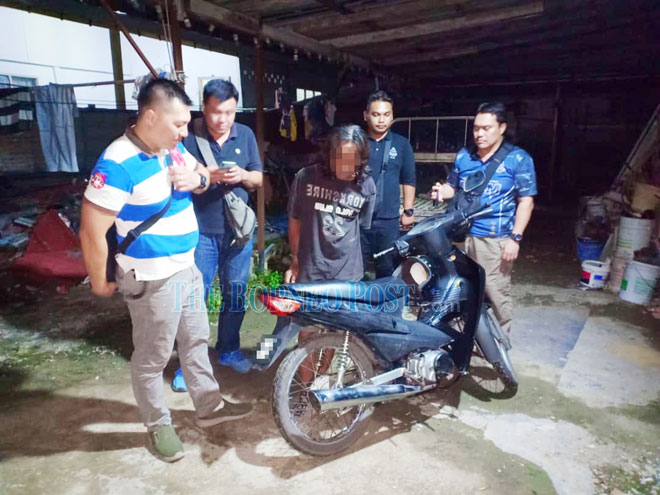 One of the suspects apprehended by police personnel.24

MIRI: Police here detained two men, a local and an Indonesian, on Tuesday for alleged involvement in a recent motorcycle theft.

The two suspects, aged 27 and 39, were rounded up at Pujut Adong at around 8pm following a public tip off.

During their arrest, the police also seized a motorcycle bearing a fake number plate which upon checking was the one reported missing by its owner on Monday (Sept 21).

It is learnt that the victim lodged a police report on Monday after he found that his motorcycle had been stolen in Krokop.

District deputy police chief Supt Sabri Zainol when contacted confirmed the arrests. He said both suspects are being investigated under Section 379A of the Penal Code.

“The Indonesian suspect is also being investigated under Section 15(1)(a) of the Immigration Act 1959/63 for overstaying,” said Sabri.