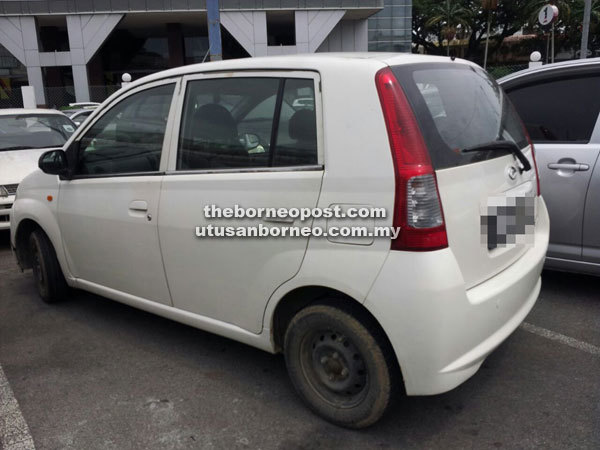 The seized Perodua Viva car and taken to Miri Central Police Station after it was found abandoned at Pujut Padang Kerbau on Tuesday evening. 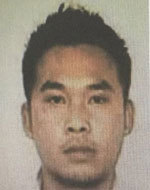 MIRI: An 11-year-old primary school girl here reported missing on Aug 16 has yet to be found as of 3pm yesterday.

Police have intensified their effort to locate her and bring her home safely.

Miri police chief, ACP Junaidi Bujang, when contacted yesterday confirmed that police were on the look-out for the girl who failed to return home from school on Tuesday.

A police report was lodged by the girl’s elder brother Tuesday evening.

It is learnt that the girl was picked up from school by a man in a Perodua Viva car around noon but did not reach home.

The car used to fetch the girl from school was later found abandoned in Pujut Padang Kerbau about 10pm that day (Aug 16).

It is learnt that the driver of the car is the girl’s brother-in-law who is her elder sister’s husband.

“The so-called abductor is a relative of the complainant – the girl’s elder brother who lodged the report. We are conducting further enquiries,” he said.

When asked if the girl was forced into the car, Junaidi said it was unlikely.

“I have clarified the case. She was not forced into the car because she knew the ‘abductor’ – her brother-in-law.

“They are living under one roof. We are not able to say whether she got into the car or not,” Junaidi said.

Junaidi said police were investigating the case under Section 365 of the Penal Code for kidnapping.

In a statement to reporters about 3.30pm, Junaidi said police were looking for a man named Julian Sabong, 36, to facilitate their investigation.

They are seeking help from members of the public who may have information on the missing girl or their whereabouts to contact the investigating officer, Inspector Chalart Cinda Eh Nem, at 017-9825150 or IPD Miri at 085-433400 or 085-433730.