Police arrest 3, seize drugs worth over RM49,000 in two separate locations in Miri 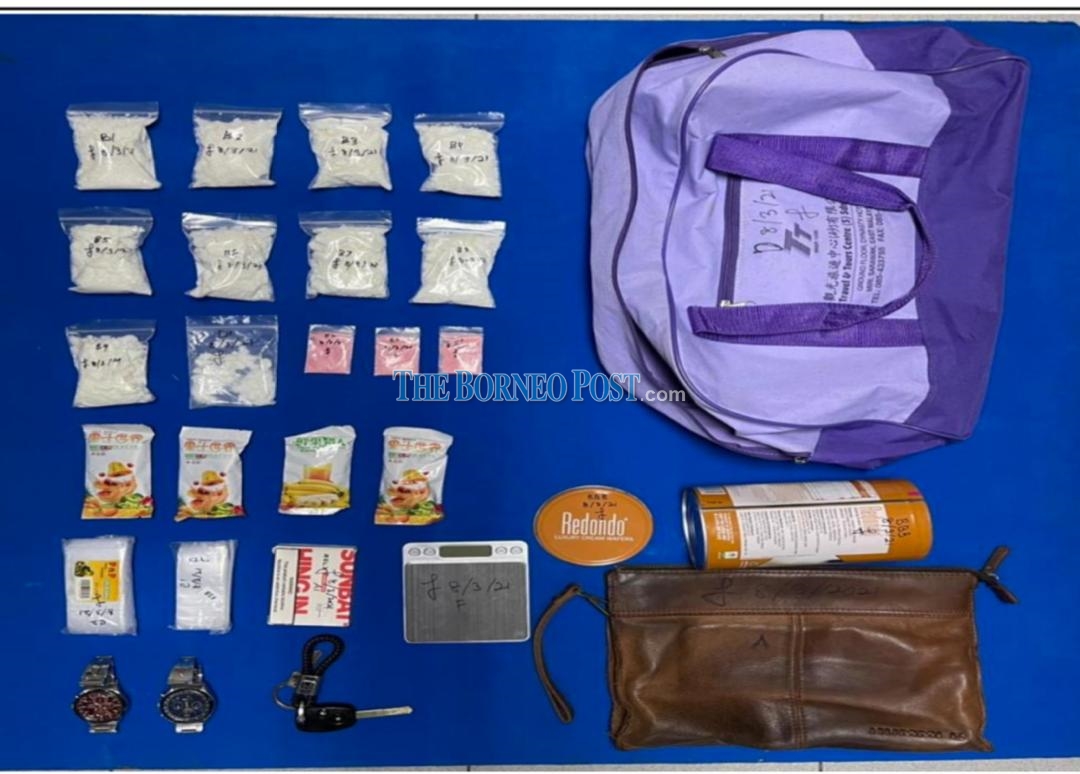 Following the arrest of the first suspect, police were then led to a house in Taman Desa Seri here at around 8.15pm.

There, the police arrested two suspects, a man aged 69 and a 62-year-old woman inside the house.

He added that the police also seized cash inside the bedroom amounting RM11,453 and foreign currencies amounting RM5,400.

Jasmirol also revealed that the first suspect is jobless, while the second and third suspect are retired insurance agent and lecturer of a private institution of higher learning respectively.

On the amount of drugs seized, he said it can satisfy up to 500 drug addicts.

“Urine test on the first suspect came back positive for Ketamine while the second and third suspect were tested negative.

“All three will be investigated under Section 39B of the Dangerous Drug Act 1952 for drug trafficking,” he said.

On another note, Jasmirol said the police will continue to carry out more intelligence in its continuous war against drugs.

He also thanked the public in giving out tips to the NCID regarding illegal drug activities.