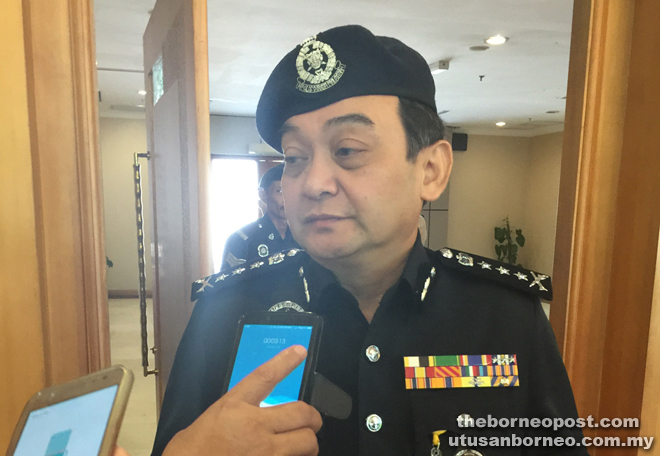 KUCHING: The police will not rest until the main suspect in the murder of PKR Miri secretary and activist Bill Kayong is found and prosecuted.

In stating this, state Police Commissioner Datuk Mazlan Mansor said they have intensified efforts to track down the suspect who is believed to be in Australia.

“He is abroad and we are still trying to track him down. These investigations will not end until we can take him to be prosecuted,” he told reporters prior to the departure of Deputy Prime Minister Datuk Seri Ahmad Zahid Hamidi at Kuching International Airport (KIA) VIP Lounge here yesterday.

Mazlan was asked for the latest update regarding investigation on the suspect who had been identified by state CID chief SAC Dev Kumar last month to be Lee Chee Kiang (also known as Dato Stephen Lee).

It is understood that Lee fled abroad on June 23, two days after the shooting incident that occurred at a traffic light intersection near E-Mart supermarket at Jalan Miri-Bintulu in Miri.

Mazlan said the police would use all methods and their resources including collaboration with Interpol to track down the suspect.

“However, we cannot divulge what is the strategy we will be using to the public.”

Thus far, two suspects had been charged for the murder of Bill at the Magistrate’s Court in Miri on July 15.

Mohamad Fitri Pauzi, 29, was charged under Section 302 of the Penal Code for committing murder by shooting Bill at a traffic light intersection near E-Mart in Permyjaya around 8.20am on June 21 while the other suspect Lie Chang Loon, 29, was charged with abetment, an offence punishable under Section 109 read together with Section 302 of the Penal Code.