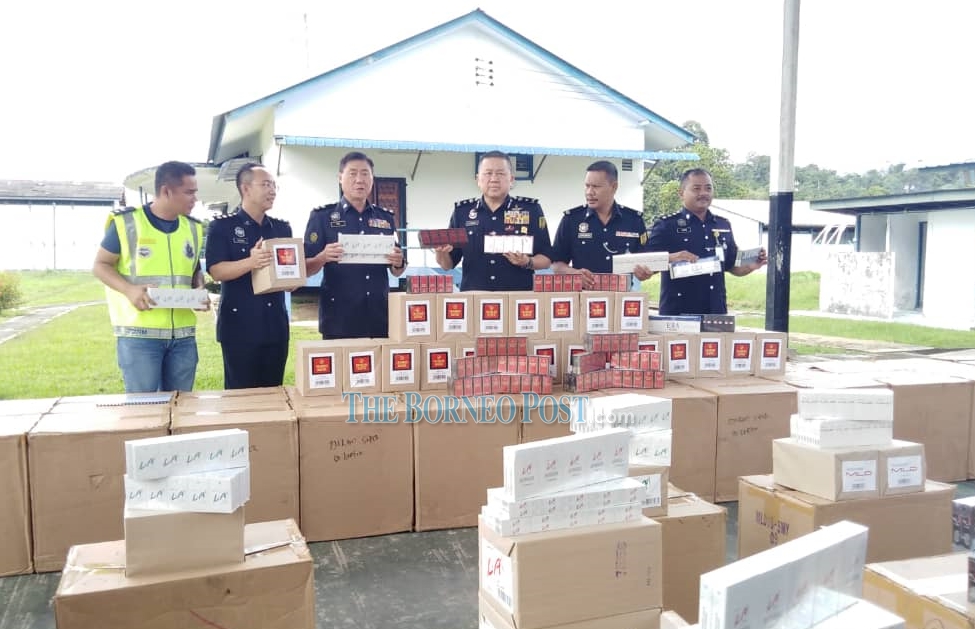 Sarawak PGA Brigade commander Datuk Khaw Kok Chin said the latest seizure was carried out by the 12th Battalion (PGA) Limbang and Miri on Friday (Jan 3), when the cigarettes worth over RM1 million were seized during a raid at a house in Batu Tiga Setengah, Kubong Road, Limbang.

The total value of cigarettes seized in the first three days of this year was almost RM5 million. The first seizure was in Kuching followed by a second in Padawan and third in Sarikei.

“These successes were the results of continuous action by members of the trained intelligence teams in every battalion that constantly gather information, including from the general public,” he told a media conference at PGA Limbang today.

Khaw added the operation in Limbang was conducted by a team of PGA personnel Limbang and Miri and they waited for almost two hours before raiding the premises after no one appeared to claim the goods.

“Upon further inspection of the house, we found 4,280 cartons of cigarettes and kretek valued at RM1 million, which are believed to be contraband.

“Preliminary investigations show that the syndicate has been operating for the last six months.”

Khaw added that all the confiscated items were handed over to the Limbang District Police Headquarters (IPD) for further action.

He said the contraband was brought in by sea and land and the syndicate’s modus operandi was using remote houses to store the contraband.