Penguang to focus on infrastructure devt in Marudi 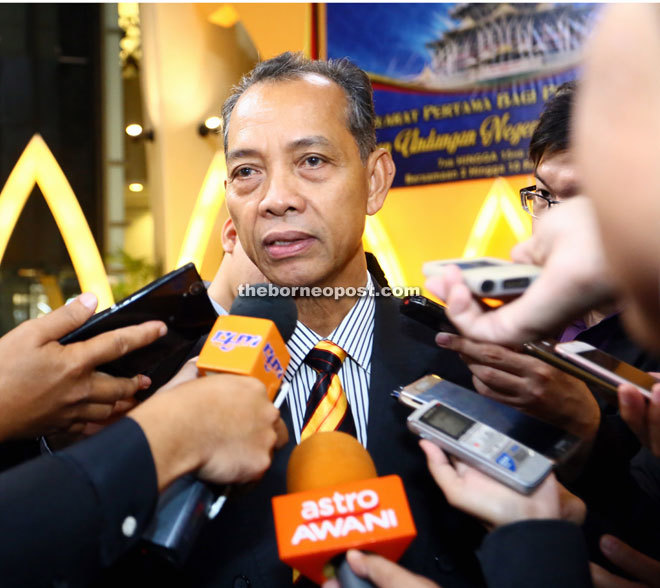 KUCHING: First-term Marudi assemblyman Datu Dr Penguang Manggil will prioritise infrastructure development such as roads and public utilities like water and electricity supplies for his constituency in the coming five years.

“I think we have to look at what we have in our constituency. I did what I call a ‘Gap Analysis’ on what we have now and what do we want to have in the future. Basically, infrastructure such as roads and utilities like electricity are my priorities.

“As you know, N76 (Marudi) covers a very big area and it is extremely difficult to move from one place to another. These are the things that we really need to focus on,” Penguang told reporters when met after the swearing-in

Besides that, he said his focus would also be on improving the livelihood of the people in Marudi, adding that there was a need to provide them with relevant socio-economic activities to prevent them from migrating to urban areas.

As for healthcare facilities in his constituency, Penguang said considering that Beluru had been upgraded to a district, it was justified for the area to have a hospital because of the locality and the people had demanded for it.

“In terms of education, I do recognise education is extremely important and I have been going around and giving grants to the parent-teacher associations as well as the schools in Marudi.”

He had also put the upgrading of the airport in Marudi as part of his key-performance indicator (KPI).

“I promised the people that at least the building itself ought to be upgraded. The runway, I think it’s quite sufficient because it can cater for Twin Otters. The terminal building needs to be upgraded.”

On the functions of Marudi District Council, Penguang, who is also Assistant Minister of Local Government, said the district council was very unique as it now covered three district offices of Marudi, Beluru and Telang Usan.

“Just imagine the amount of money being spread out and I think we need to seek more funding especially when there are two new districts just created and I think that needs a lot of facilities and utilities to be provided.”

On the Miri-Marudi road, Penguang acknowledged that it was one of the main issues as he received complaints on it from the people almost every day.

“I have been in contact with Public Works Department and also asking them to do minor repair pending the award of the contract. The state cabinet had approved funding of RM77.4 million to upgrade the road. The condition (of the road) is still very bad.”

Considering that the contract would be awarded soon, he hoped the road could be completed within two or three years, adding: “if the road is completed, then I will be very happy”.

On whether as a state assemblyman he could achieve the six-monthly KPI, Penguang said it would not be an issue for him because he had undergone an even more stringent assessment than KPI, namely the Balance Scorecard when he was in the civil service.

“In this sense, the KPI depends very much on the availability of funding that will be given from the state and federal governments.”

Having been a permanent secretary for seven years and in government service for 36 years, Penguang said it helped him especially in dealing with government departments, securing funding and public relations.

“The DUN is nothing new to me because I have been the permanent secretary for so long and also head of department. I have always been there except now I can participate in the debate and answer questions from members of the DUN.”