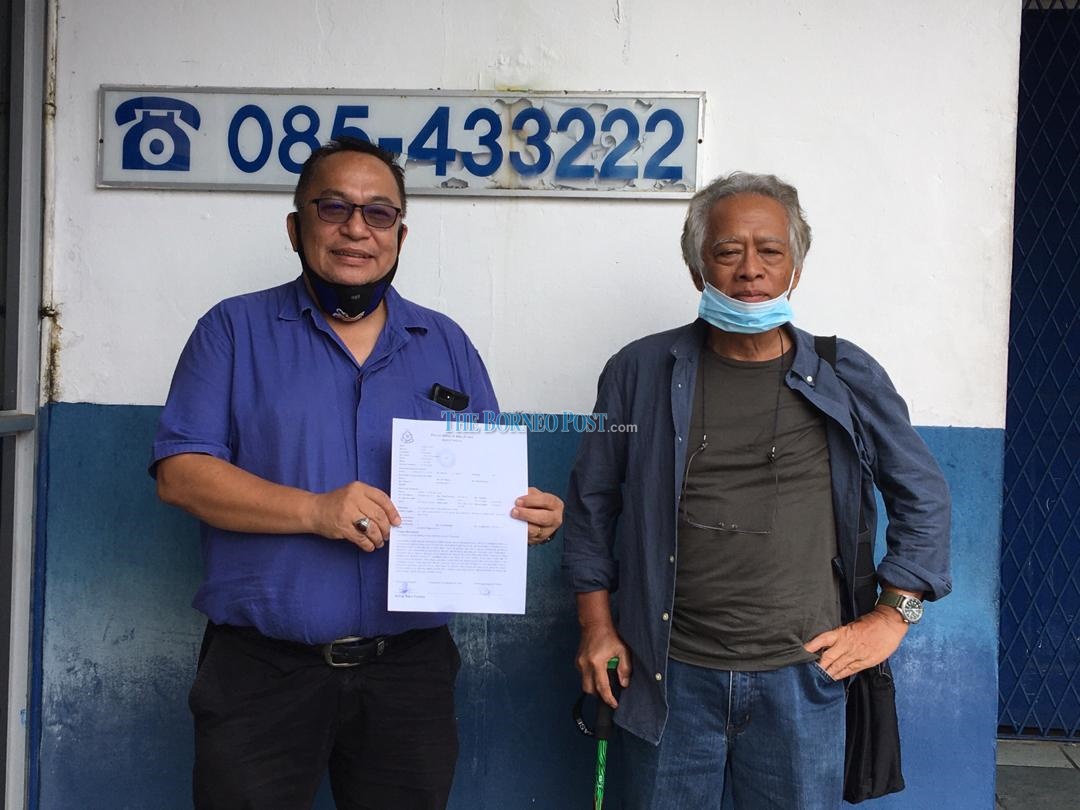 PBDS Baru president Bobby William said that it was an irresponsible statement by a senior minister, especially when it involved religious sensitivity.

“Nonsense, this is nonsense. How could you said that it has nothing to do with Gabungan Parti Sarawak (GPS) or Sarawak?” he questioned.

He was commenting on news published online yesterday quoting Fadillah as saying that what the PAS MP said had nothing to do with GPS nor was it supported by the state coalition.

Nik Zawawi made the remarks alleging that the Bible had been distorted during the debate on the Road Transport (Amendment) Bill 2020 in the 14th Dewan Rakyat session on August 26.

Bobby, accompanied by the party’s legal advisor Christopher Sawan, were met outside the Miri Central Police station today after lodging a police report against Nik Zawawi.

He pointed that any statement, be it in the peninsular or Sabah, that has to do with sensitive issues especially religious sensitivity must addressed accordingly.

He also questioned Fadillah for making such a statement, saying that he was misleading Sarawakians for the sake of gaining support.

“This is too much. Any statement by whoever they are, including the MPs who touch on religious and racial sensitivity – he (Fadillah), as a senior and matured politician should have avoided it,” he said.

Meanwhile, Christopher called for action to be taken against Nik Zawawi, saying that even though a Member of Parliament has the immunity privilege in the Parliament, it does not cover anyone who is in breach of the Sedition Act.

He recalled the charge against the late Datuk Mark Koding who was charged with sedition for a speech he made in the Parliament where he questioned the policy of the government in allowing Chinese and Tamil schools to continue in this country.

“That is my view. So, I think the Pasir Puteh MP should have been charged. They charged Mark Koding of Sabah. Why should he (Nik Zawawi) not been charged?” he questioned.

Mark was a former MP for Kinabalu (Sabah), which he won under the Barisan Nasional (BN) ticket in the 1978 election. He was found guilty of sedition in 1982 after debating on the motion of thanks for the royal address in the Dewan Rakyat on Oct 11, 1978.

The post PBDS Baru slams Fadillah for saying PAS MP’s bible slur has nothing to do with GPS appeared first on Borneo Post Online.