PBB Telang Usan shifts to full gear for May 7 polls 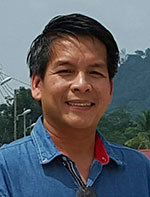 MIRI: Parti Pesaka Bumiputera Bersatu (PBB) Telang Usan has shifted to full gear for the upcoming state polls on May 7.

PBB Telang Usan chief Dennis Ngau, who is also Barisan Nasional (BN) candidate for Telang Usan when interviewed yesterday said the party was fully prepared at every level with its operation room set up and election committee ready to be mobilised.

“We have done the necessary preparations despite being busy with ground work meeting with the people at the grassroots,” he said.

When asked about his chances of retaining the seat which he won in 2011 after a tough four-cornered fight against Sarawak National Party (SNAP) Kebing Wan, PKR’s Harrison Ngau Laing and an independent Jok Ding, Dennis said he had done his best for the people in the constituency since 2011 and left the decision to the people to vote for who they want.

“We have done all we can to bring as many developments as possible to Telang Usan since 2011. We believe that the voters also know about the things we have achieved in the past years under the BN,” he said.

Among the major achievements brought to the people in the constituency was the building of the Long Lama bridge costing about RM135 million which would become an icon for Telang Usan.

The long-awaited bridge is expected to open up Baram to more opportunities in business in particular and to ease travelling among rural folks in the area who cross the Baram River to get to the clinic and town and vice-versa. 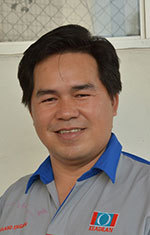 Currently, those who want to go to Long Lama and neighbouring villages and those seeking treatment at Long Lama health clinic have to cross the river using ferry.

Before the ferry fare was reduced to RM 1 per crossing, rural folks and those wanting to cross the river had to fork out RM15 per crossing (or RM 30 return) which was a burden to the people in the constituency.

Meanwhile PKR is set to field lawyer Roland Engan to contest against Dennis in Telang Usan.

Roland was PKR candidate for Baram parliamentary seat in the 13th general election but he lost to BN’s Anyi Ngau who won by a majority of 194 votes only.