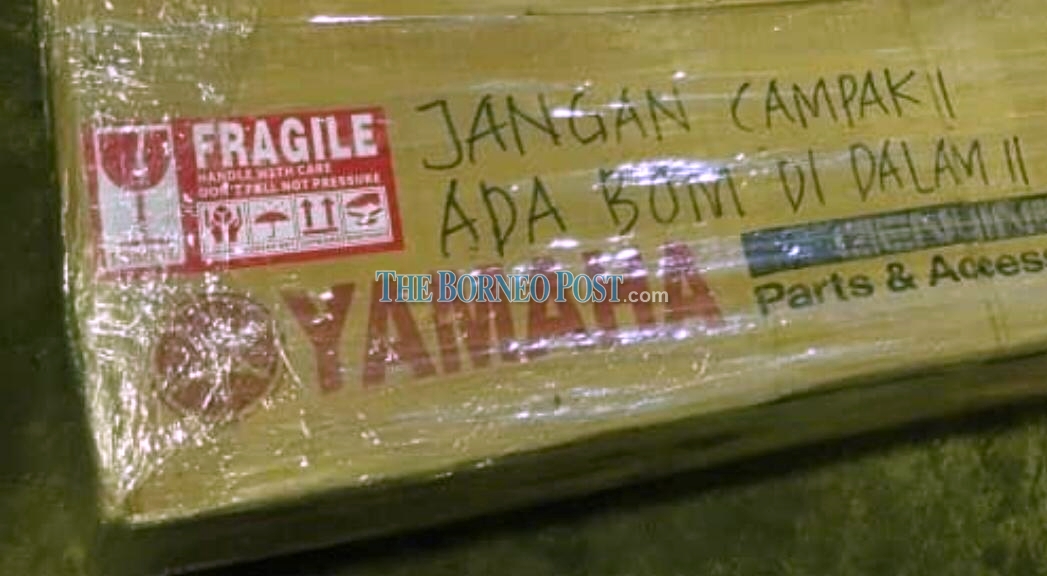 The parcel was detonated by the police for security reasons.

MIRI: An aircraft cargo parcel with the words ‘Jangan Campak!! Ada Bom Di Dalam!!’ (Do not throw, there is a bomb inside) written on it was found at Miri Airport yesterday evening.

“The information was received from the airport auxiliary police who had earlier been informed by cargo personnel that they received a box containing bomb threats. A police report was then lodged,” he said.

Lim said investigations revealed that the parcel came from the cargo of an airplane flown in here from Kuala Lumpur and had landed at Miri Airport at 7.23pm.

“As soon as information of the discovery was received, IPD Miri Bomb Unit personnel were deployed to the scene,” said Lim.

“The box was detonated for security reasons. Checks on the contents of the box found there were only motorcycle spare parts inside,” he added.

The police are investigating the case under Section 506 of the Penal Code.