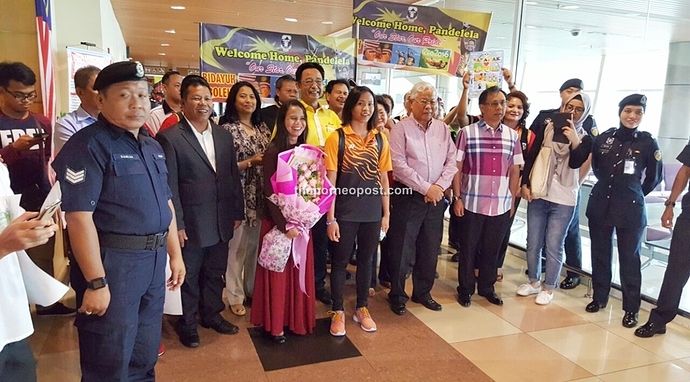 WhatsApp-Image-2016-09-03-at-4.46.25-PM.jpeg1000×563 388 KB
MIRI: Malaysian diving queen Pandelela Rinong will join some 80 parade contingents for the ceremonial parade in conjunction with the Head of State’s birthday celebration at Miri Stadium today.

Director of the State Protocol and Public Relations Unit (UPAK) of Chief Minister’s Department, Dato Khir Busrah, revealed this during a ‘High Tea with Media’ hosted by UPAK at Mega Hotel yesterday.

Khir said the diving queen, who won silver in the women’s 10m synchronised platform event with her teammate at the Rio Olympic Games, would lead the contingent from Ministry of Youth, Sport and Solidarity.

The colourful parade which will include uniformed bodies, government departments and agencies and non-governmental organisations (NGOs) will commence around 8am soon after the arrival of the Head of State and wife Toh Puan Datuk Patinggi Raghad Kurdi Taib.

The public concert is expected to end around 11pm with a 10-minute fireworks display.

The celebration will continue on Sunday with tea reception at Miri Civic Centre. There will be an exhibition featuring the contributions and journey of Tun Pehin Sri Abdul Taib at the Miri Civic Centre, which is open to the public.