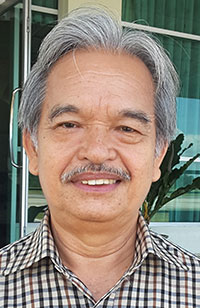 Its chairman Paulus Palu Gumbang said what was most puzzling was that Tun Dr Mahathir Mohammad, who is now PH chairman, did not do anything about Sarawak’s rights when he was prime minister and later advisor to national oil corporation Petronas upon his retirement until his fallout with Prime Minister Datuk Seri Najib Razak.

“When we asked for oil royalty to be increased from five to 20 per cent, he was Petronas advisor then, but why didn’t he advise the federal government to support our cause,” he asked.

Paulus was referring to Sarawak’s request to raise the royalty quantum for oil and gas revenue which was spearheaded by then Chief Minister, the late Datuk Patinggi Tan Sri Adenan Satem, to the federal government led by Najib.

Dr Mahathir, who is also Parti Pribumi Bersatu Malaysia (PPBM) chairman, had reportedly said that his hands were tied as the Petroleum Development Act (PDA) was drafted and approved before his time as prime minister, hence he could not do anything about the oil royalty and funds to be given to Sarawak.

Paulus said it leaves a bad taste in the mouth for Dr Mahathir, who was prime minister for 22 years and leading the government with a two thirds majority, to come up with an election manifesto with pledges which could have been implemented during his watch.

He also questioned the statement by Dr Mahathir on the Malaysian Agreement 1963 (MA63), saying the later mentioned only 16 points for Sarawak.

“BNBBC wonders which MA63 he is talking about as it has always been 18 points agreement, and he mentioned 16 points,” he said.

Chong said PH’s manifesto guarantees structural reform and good governance within the context of Malaysia Agreement 1963 and the Federal Constitution.