Over 2,400 illegal immigrants arrested so far this year 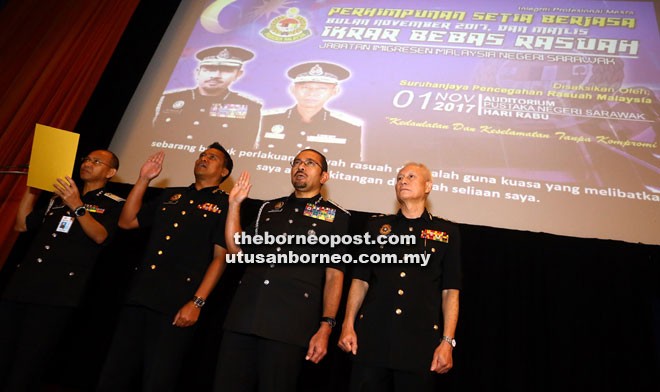 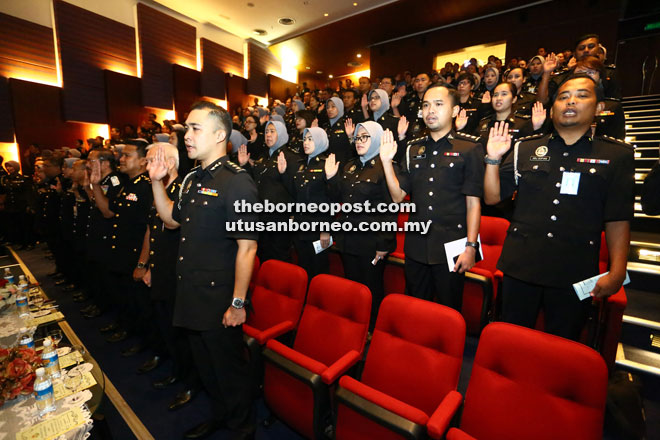 KUCHING: The state Immigration Department has rounded up a total of 2,443 illegal immigrants up till Oct 31 this year, a majority of whom were employed in the plantation and construction sectors.

Its director Ken Leben said the arrests involved compounds totaling RM617,200 and were due to various violations.

“These arrests were made during 780 enforcement operations carried out throughout Sarawak,” he said at the state Immigration Department Corruption-Free Pledge (IBR) ceremony.

The ceremony was graced by Immigration Department of Malaysia director-general Datuk Seri Mustafar Ali at the State Library here yesterday.

Ken pointed out that Kuching recorded the highest number of arrests followed by Miri, Bintulu and Sibu.

On the IBR ceremony, Ken said around 300 officers representing 49 Immigration offices statewide were present to take the corruption-free pledge.

“This corruption-free pledge is the commitment of all state Immigration Department officers to serve with the fullest integrity and to be free of corruption and abuse of power.”