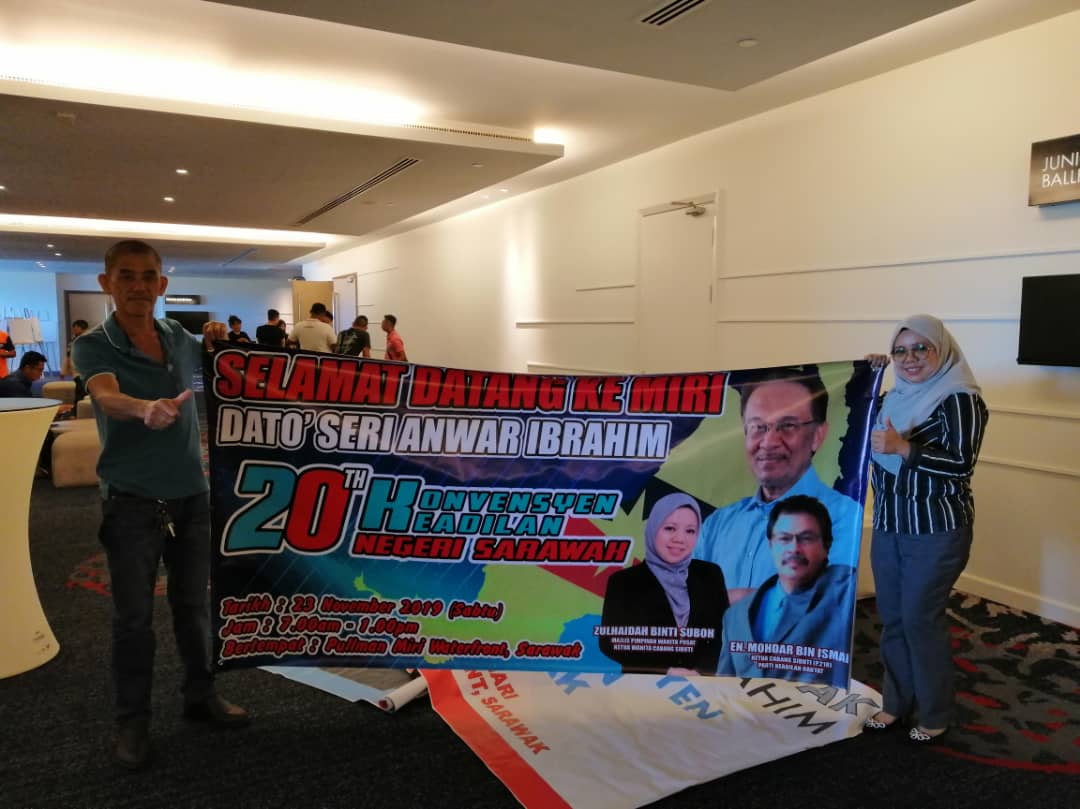 Zulhaidah (right) and one of the supporters showed a poster to welcome Anwar.

MIRI: The organisers of the Sarawak PKR convention are expecting an “overflow of audience” at the convention which will be held at Pullman Miri Waterfront tomorrow, said PKR National Women Central Committee member Zulhaidah Suboh.

Zulhaidah said the organisers are making early preparations as they are expecting a huge crowd of between 1,200 and 1,500 people at the convention which will officiated by party president Datuk Seri Anwar Ibrahim.

“We are expecting an overflow of audience, so we have prepared a total of eight screens both inside and outside of the ballroom, to cater for the crowd.

“For those who are unable to enter the ballroom, they can watch the convention outside at the hallway,” she said when met by The Borneo Post at Pullman Miri Waterfront today.

Besides celebrating the party’s 20 years anniversary, Zulhaidah said the convention will also be a special moment especially for local party members as it will also be a celebration of Anwar’s return to Miri after eight years.

“Eight years ago, Anwar came to Miri to campaign for PKR during general election in 2011. But this time, it is different because he is now the party president. It will be a touching moment for every one of us.”

He encouraged all members to join the celebration as they will also have the opportunity to listen to a message which will be delivered by Anwar during the convention.

It is understood that all delegations will arrive in Miri tomorrow morning to attend the convention which will start at around 8am.

Anwar is scheduled to arrive at 9.30am to officiate the convention.