Only GPS can manage Sarawak — Penguang 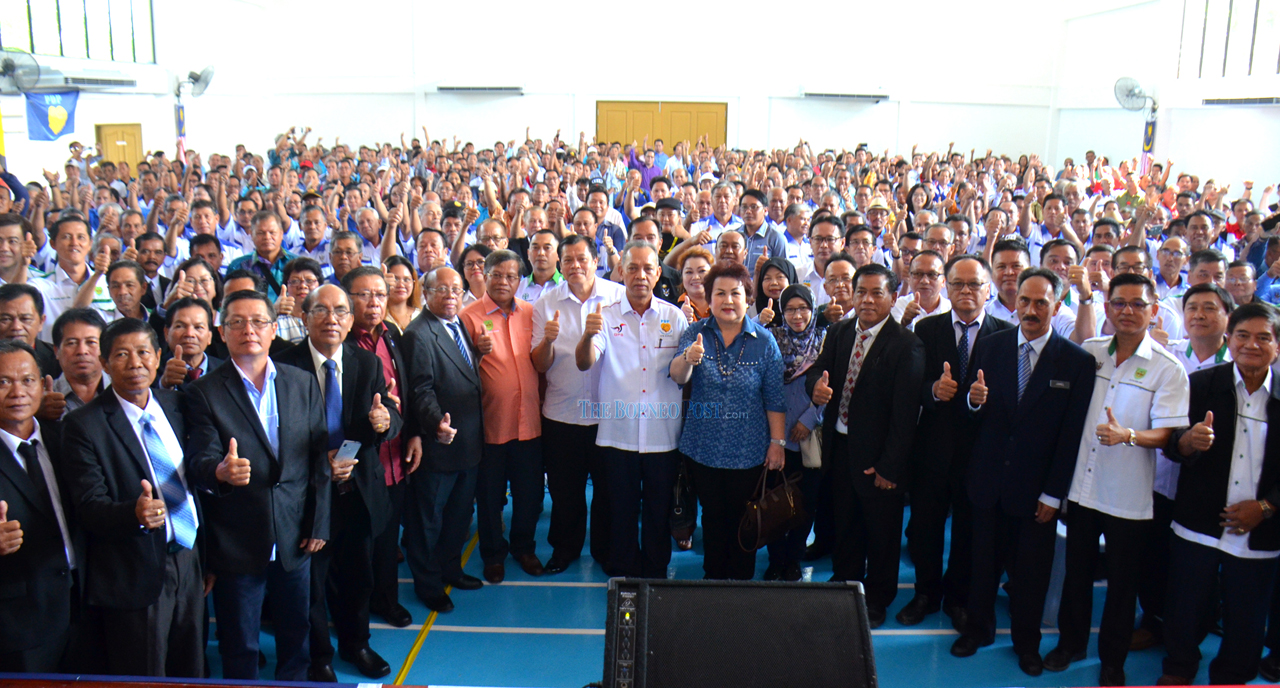 Penguang (centre) in a photo call with his constituents during the dialogue.

BELURU: No other government can manage Sarawak well except for the Gabungan Parti Sarawak (GPS)-led government.

In stating this, Assistant Minister of Local Government and Marudi assemblyman Datu Dr Penguang Manggil disclosed that about RM583 million has been allocated to provide basic infrastructure and facilities such as electricity, clean water and road systems in Marudi and Beluru areas besides allocations for other projects under the Unit for Other Religions (Unifor).

Penguang said all the development projects had been and are being implemented from 2016 onwards to benefit the people in the areas.

“However, all these planned development projects will only succeed if the people continue to support the Gabungan Parti Sarawak (GPS) government. Therefore, the people must make the right choice by choosing a government that can really bring development to the people. No other government can manage our state well except GPS,” he said in his speech at the dialogue with councillors and community leaders in Marudi constituency at the Beluru community hall recently.

Touching on the projects, Penguang said those that had been completed include repair of Miri-Marudi road, Beluru Phase 2 water supply project from Beluru town to Rumah Pengabang, while those which are currently underway are the Marudi Waterfront, Marudi-Mulu Phase 1 road, and the Sarawak Water Supply Grid Programme (Northern Region) in Beluru and Marudi towns.

“Some of the allocations under the minor rural project (MRP), rural transformation programme (RTP) and special projects funded by the Sarawak government have been spent and some have not as there are projects that have just been approved,” he revealed.

“Since 2017, we have implemented 88 projects under the RTP with 29 projects implemented this year, and the main focus is on providing clean water and electricity supply,” he said.

Meanwhile, in Beluru, the projects are Phase 1 of the upgrading and repair of roads to villages in Beluru, Phase 2 to villages in Beluru/Tinjar/Baram Hilir, paving the access road to longhouses along Beluru road to Long Lama, construction of Tinjar community hall in Lapok, upgrading and building of churches and Rural Electrification Scheme (RES) projects covering Beluru, Phase 2 of clean water supply project in Beluru (Beluru town to Rumah Pengabang) and Phase 2 of water supply projects in Beluru and Tinjar.

Penguang said the people in Marudi and Beluru areas need to know about the entire development projects within the next three years.

“I want to be transparent so that everyone knows the direction of development, especially major projects like basic infrastructure such as water supply and electricity besides Unifor,” he said.

On the dialogue, Penguang said it aimed to update community leaders and councillors on development in Marudi and Beluru.