One vaccination centre in Baram not enough – DAP Long Lama 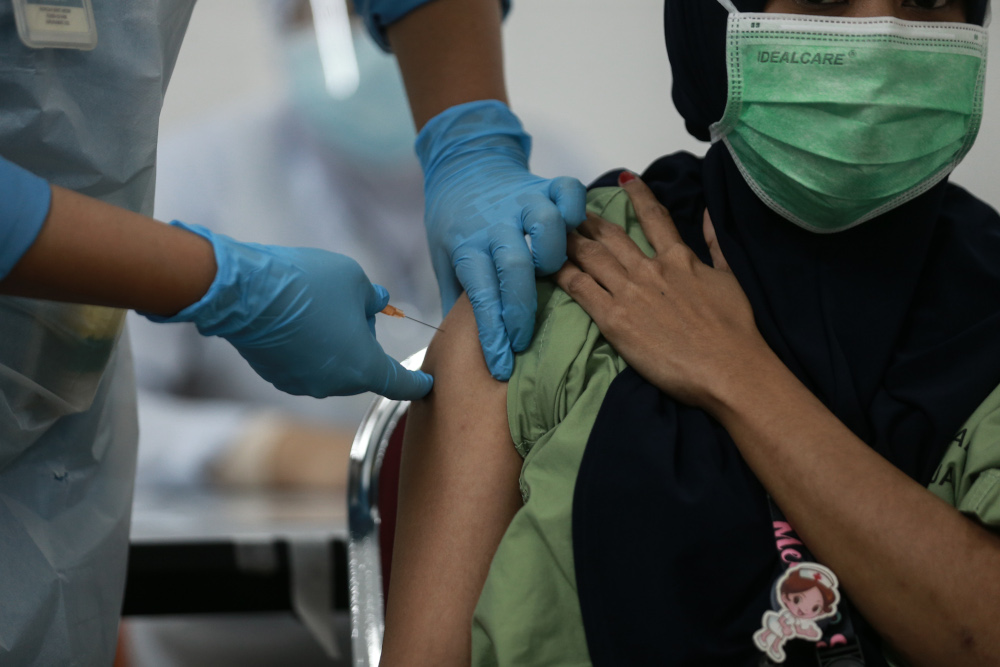 File photo shows the Covid 19 vaccine for frontliners of low risk quarantine and treatment staff at Malaysia Agro Exposition Park Serdang (MAEPS) March 5, 2021. There had been suggestions by blood donors that they be given priority in the Covid-19 vaccination exercise. — Picture by Malay Mail

MIRI (Apr 28): Democratic Action Party (DAP) Long Lama has called on the federal government to set up more Covid-19 vaccination centres in Baram and make public the actual reasons for the delay in the rollout of the immunisation programme in the area.

Branch chairman Marcus Hugo Lejau said the government should treat the rural folk fairly by also prioritising them in the second and third phases of the programme.

“It is impractical to set up only one centre in Long Lama for the whole of Baram as the transportation to and from their respective longhouses is a real burden to them,” he said.

Marcus questioned the rationale for the delays in Baram while most areas in Sarawak including Kapit and Belaga had rolled out the vaccination programme.

The programme’s second phase for the elderly and high risk group was supposed to be held in Long Lama from April 5 to 9 but was deferred to April 23-27.

“The new date was again postponed to an unknown date. The people in Baram have the right to know the reasons for the postponement,” he said.

He said the authorities should be transparent in explaining the delays and its causes so that action could be taken.

He added the people should be called to a dialogue by authorised professionals if the registration is low in order to communicate clearly what the vaccine is, its functions, advantages and disadvantages in controlling the Covid-19 virus, and how it helps the community to achieve the herd immunity.

“If these are not done, it is not hard to understand why the people are not ready to make their decision. The community must not be blamed for the slow response,” he said.

Marcus said he is against shifting the blame on the poor and less educated villagers who are without many resources for reference such as newspapers and internet connection, and called for a task force group to disseminate the information and facilitate registration at the longhouses.

Community and religious leaders, NGOs and political groups can be mobilised to help in the information dissemination and registration for those who are ready to go for the vaccination, he added.