O&G man expects to be PSB candidate for Lambir 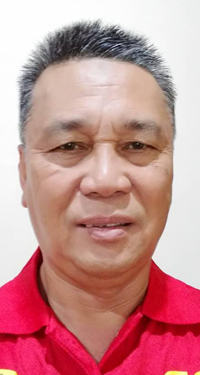 MIRI: An offshore oil and gas industry (O&G) technician is expected to be Parti Sarawak Bersatu’s (PSB) candidate for Lambir in the coming state election.

Sulaiman Kurus, who has served 35 years in the oil and gas industry, said he is still waiting for the party’s top leadership to announce his candidacy for the seat but expressed
confidence that he will be the party’s choice.

“As far as Lambir seat is concerned I have been going down to the ground to meet voters and to make known my candidacy since early last year,” Sulaiman said yesterday.

According to Sulaiman, he has been going around the constituency since last year, urging the people of Lambir to give him the chance to represent them.

He claimed that Lambir constituency still needs more development and promised to work with the local community and the relevant agencies to bring more progress to the area, especially in resolving longstanding issues such as provision of clean water, electricity and good roads to the longhouses.

“When the time comes I hope PSB’s top leadership will
pick me to wrest the Lambir seat which is my home ground,” he said.

Sulaiman has been involved in various operations and undertaken various positions in the oil and gas industry, with his last post as lead technician.

In the last state election, Barisan Nasional (BN) candidate Ripin Lamat retained the Lambir seat with a bigger majority of 4,907 votes compared to 1,521 obtained during the previous state election in 2011.