‘Non-Sabahan as a nominated assemblyman a surprise’ 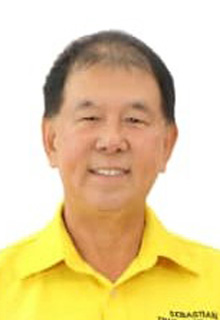 Its secretary-general Datuk Sebastian Ting Chiew Yew, in a statement received here yesterday, criticised the decision as it could spark controversy.

“The appointment of Loh who was born in Penang as a candidate for a nominated assemblyman in Sabah has already heard some quarters in Sabah expressing their unhappiness, and questioned the rationale of such appointment.”

Even though Loh has lived in Sabah for many years, Ting said the constitutional question remains whether or not a non-Sabahan could be appointed a nominated assemblyman.

“Even if it is constitutionally legal for Loh to be appointed as a nominated assemblyman, such appointment would drive home a negative perception that there is no other qualified Sabahan DAP member suitable for such an appointment.

“Surely, Sabah must have plenty of capable and qualified persons to take up this role, if offered a chance,” said Ting.

He added that the thoughts of an ordinary Sabahan living in Peninsular Malaysia as their assemblyman and purportedly to represent them must not be overlooked.

Ting questioned how Loh would be able to protect the rights of Sabah and its people while being answerable to his DAP bosses in the peninsula.

Ting said what is going on in Sabah must never be allowed to happen in Sarawak.

“Fortunately, our Sarawak Constitution, does not provide and allow our chief minister to appoint nominated assemblymen.

“We should take heed and be alert that when and if Malayan parties are in control of our legislative assembly, they are more than likely to bulldoze through many decisions in accordance with their agenda, such as the removal of our immigration autonomy.”