Nod for handphones in schools

PUTRAJAYA: Students will be allowed to bring mobile phones and IT gadgets to school from next year after rules and regulations under the Education Act 1996 are amended.

Deputy Education Minister Datuk Dr Wee Ka Siong said the move was in line with the implementation of the virtual teaching and learning programme, dubbed 1Bestari which offers free WiFi.

We want to provide a virtual learning environment so that students can use their gadgets to learn.

The world is totally different now.

This is a trend. We can’t stop it, he said after chairing the student discipline committee meeting here yesterday.

Currently, students are not allowed to bring mobile phones to school.

However, many parents have expressed their disagreement as they wish to communicate with their children after school.

Dr Wee also invited the public to give their views via the Education Ministry’s official Twitter account @1KemPelajaran.

He said the draft of the amendment would be submitted to the Attorney-General’s Chambers within a week and that stringent guidelines on the use of electronic gadgets in school would be put in place.

The guidelines will spell out how and when the students can use the gadgets, he said.

Meanwhile, according to the ministry, 47,421 students were involved in disciplinary cases from January to June this year compared to 61,437 students during the same period last year.

Truancy was the main disciplinary problem, with 8,361 students playing truant from January to June this year.

Dr Wee said the police and Rela have begun to patrol schools located in areas which have been identified as crime hotspots.

waste of time … crimes will definitely shoot up …

I would give my kids Nokia 3310 so they aren’t tempted to send naughty pics.

personally, I think giving kids a handphone when they are still young is not a very good idea…

Not only mobile phones… "mobile phones and IT gadgets "
There are pros and cons…
Who knows, with rampant snatch theft in this country, easy prey all over the school…

me form 5 got 2nd phone from my sis that was monophonic sound, not yet polyphonic okay! not nokia 3310, older than that, seimen that i use to take off the battery to charge it. nowadays year 1, 2 children already have cellphone that consider can send mms (the way i see my niece year 2 have samsung dual sims given by my uncle) no idea should he, us, me treats my children the same way or not due welcome to 20century must have cellphone)

We want to provide a virtual learning environment so that students can use their gadgets to learn.

The world is totally different now.

Handphones,by no means shouldn’t be allowed to be brought to school. It makes more bad than good, which will add to stats quoted below.

Meanwhile, according to the ministry, 47,421 students were involved in disciplinary cases from January to June this year compared to 61,437 students during the same period last year.

heck, forget the trend. Old school is the best. the best time in life was during school time.

Discipline and maturity is needed. 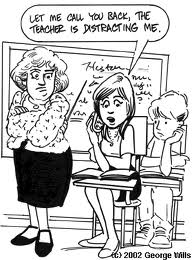 Children nowadays are so lucky…

School going kids are pampered too much nowadays.

there will be competition of who has the latest gadgets or who downloaded latest apps. the conversation is no more about the cartoon we watch on TV last nite. and as a parent, i’m more likely to face this “mommy, can you get me this brand of phone, pleeeaassseee… my friends all have it. I dont wanna be left out.” aih, pity those parents who can’t afford.

hilang kasut dah cry like what… what more to say if hilang handphone?