No joke: Boy killed and turned into mincemeat

A nine-year-old schoolboy in China was abducted, killed, chopped up and then his abductors used a meat grinder to mince his body, before throwing it in a river.

Liu asked Zhang to help pick up a yo-yo for his niece and he then drove away with him, Shanghai Daily cited Henan Business News as reporting.

Zhang’s parents informed the police and then went to a bank to pay the money into an account.

Two days later, Liu demanded 100,000 yuan more, and warned them not to report to police.

The police stopped them from sending the ransom money.

A probe has revealed that Liu and two accomplices had killedZhang.

Reminds me of the Chop & Cook curry …

eeeeeuuuu… hw come so cruel… what in his mind???

real burger came from leftovers of the animal like ear, mouth, snout…

dat y some r cheaper than other 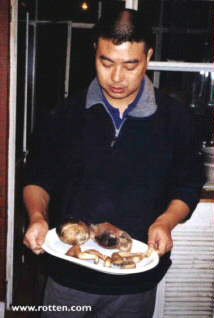 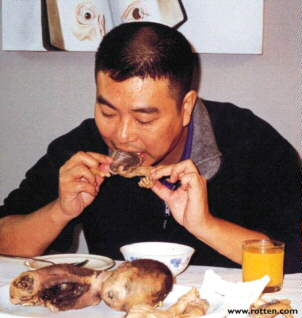 sad to say… some regions of china, they do eat human foetuses…

but the fried baby looks kinda fake to me…

but who knows… this world is pretty crazy …

China ppl can eat almost anything