No Ghost Smoke candy sighted in S’wak stores so far 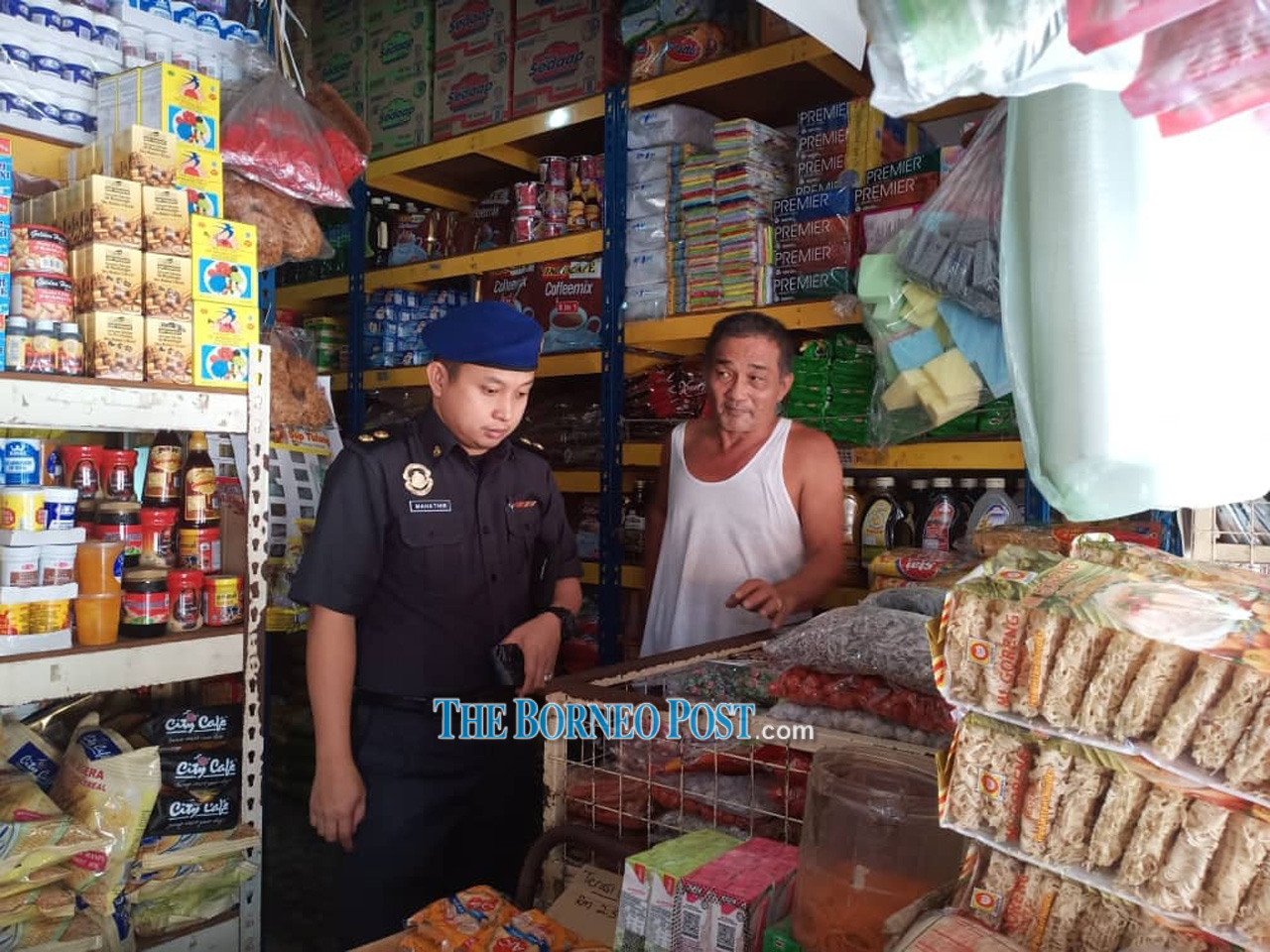 A KPDNHEP officer checks a grocery store in Miri for the sale of ‘Ghost Smoke’ candy.

KUCHING: Inspections carried out by the Domestic Trade and Consumer Affairs Ministry (KPDNHEP) on at least 50 outlets across Sarawak yesterday found that the cigarette-like candy ‘Ghost Smoke’ was not being sold in the state.

This was after Deputy Prime Minister Datuk Seri Dr Wan Azizah Wan Ismail on Monday called for an immediate end to the sale of ‘Ghost Smoke’ sweets, which emits smoke-like effect when sucked using a straw that resembles a cigarette.

She feared the possibility that the candy could be start of a drug-addiction problem among children, saying: “I don’t want this matter to become a social ill spreading to young children.”

The existence of the candy came to light after a video emerged on social media showing three children from a school in Kota Kinabalu ‘having a smoke’ with the cigarette-like sweets.

Meanwhile, a KPDNHEP Sarawak official said inspections would continue today to ensure the sweets are not sold in any part of the state.

“Owners and staffers of the outlets inspected are advised not to sell this candy even if they happen to receive any delivery from now onwards,” advised the official.

In Miri yesterday, inspections carried out by KPDNHEP enforcement officers on several retailers in the city found no sign of the candy being sold.

KPDNHEP Miri head Joe Azmi Jamil told The Borneo Post said his men will continue to check on suppliers and retailers to ensure the candy does not surface in Miri.

“Traders are reminded not to sell this product or even accept stock from any supplier. Stern action can be taken against offenders under the Trade Descriptions Act 2011,” he said.

Joe also reminded parents to monitor their children to ensure they do not somehow get their hands on the candy.

“Anyone who comes across the sale of ‘Ghost Smoke’ can report it to the nearest KPDNHEP office,” he added.