‘No exceptions’, stresses Uggah on mandatory 14-day quarantine at hotels, designated centres for anyone entering Sarawak 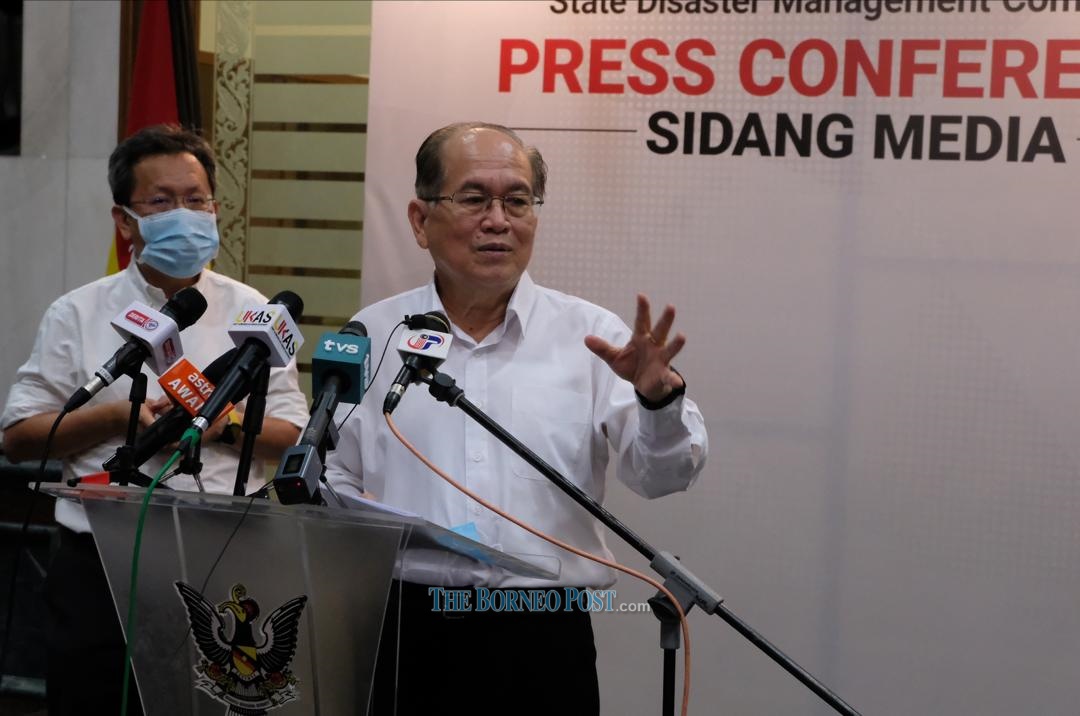 KUCHING (Jan 11): Starting from now, all those who enter Sarawak will be quarantined for 14 days at hotels and designated quarantine centres with no exceptions given, said State Disaster Management Committee (SDMC) chairman Datuk Amar Douglas Uggah Embas.

“We will no longer give exemptions – all those who come into Sarawak will be quarantined for 14 days at designated quarantine centres.

“The Covid-19 screening test will be taken on the second and 10th day,” he told a press conference on Covid-19 updates today.

Uggah, who is also deputy chief minister, informed that the federal government felt that Sarawak has the right strategy, just that there were some missteps

“We apologise to the people. We hope that whatever mistakes we made will be corrected to make sure the spread will be stopped,” he said.

He stressed that it is going to be inconvenient, although it was not SDMC’s intention to inconvenience anyone.

“Number one, flights will be reduced from Kuala Lumpur, Sabah, Johor to Sarawak.

“Number two, people need to stay quarantined. A lot of people are asking for exemptions, and even scolded us. It is a very difficult situation but not our intention to create inconvenience to anyone. Action has to be taken and strategy has to be done,” he said.

He said the state intended to limit the number of flights but it has to be worked out with the federal side.

“How do we to determine the correct number of flights? We relate that to number of quarantine rooms that we have in Kuching, Sibu, Miri and Bintulu.

“Because we don’t want to make another mistake of having to do home quarantine,” he said.

Uggah also wanted to clear the misinformation that positive patients were being quarantined at longhouses.

“That is fake news. Those who are being quarantined at longhouses are those waiting test results.

A total of 47 longhouses in the state are under lockdowns. Among them are 21 longhouses in Sibu, six each in Kapit and Sebauh, two in Julau and one in Sri Aman.