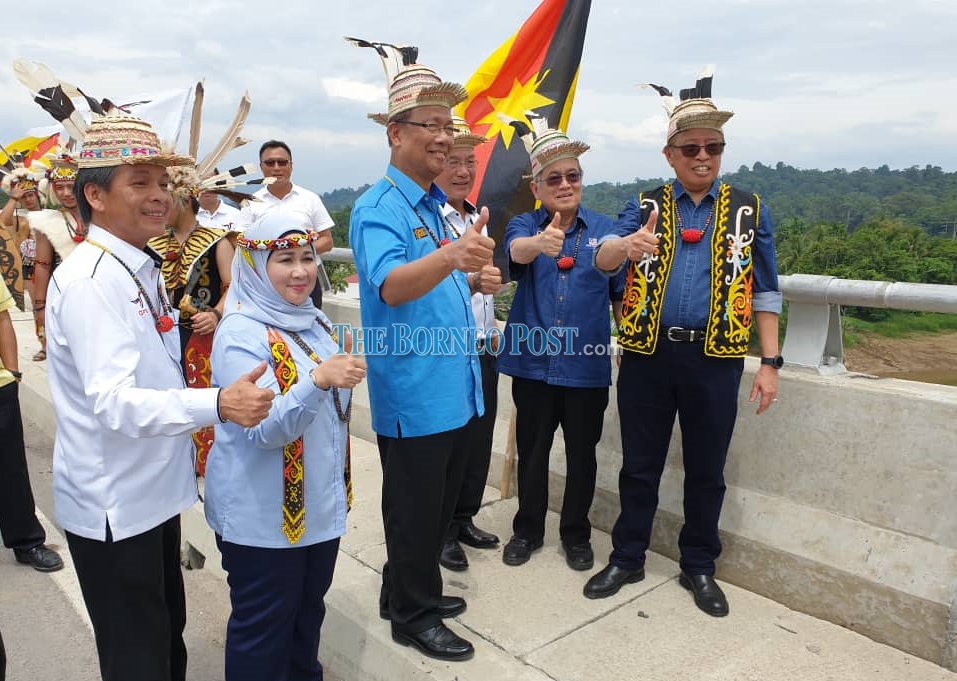 Abang Johari said he had decided to name the bridge as such to acknowledge the late Adenan’s great contributions to the development of the area as well as to the state as a whole.

“This is also the wish of the people of Baram,” he said at the launch of the new bridge at SJKC Kee Tee hall here today.

“It has transformed Telang Usan, in particular Long Lama from lama (old) into a new district. We are gathered here today not just to launch the new bridge but to also mark the relationship between the old and the new.

Once a quaint town, Long Lama is now experiencing traffic jams regularly due to a rise in car ownership among its residents.

“We had never thought of this (traffic jam) happening here before and the hotels are always fully booked.

“This shows that Long Lama is experiencing continuous development as a result of the hard work and dedication of its people’s representatives,” he said.

Abang Johari then pointed out that Long Lama is a very attractive area with picturesque mountains and nature surrounding it.

He therefore urged people in the rural areas to promote these places of interest coupled with their culture, warmth and friendliness further.

“The state government will continue to develop rural areas, which has been our utmost priority included in our manifesto in 2016.

“Even if Tok Nan is no longer with us, we now have Tok Johari who will continue his efforts toward these developments,” he added.