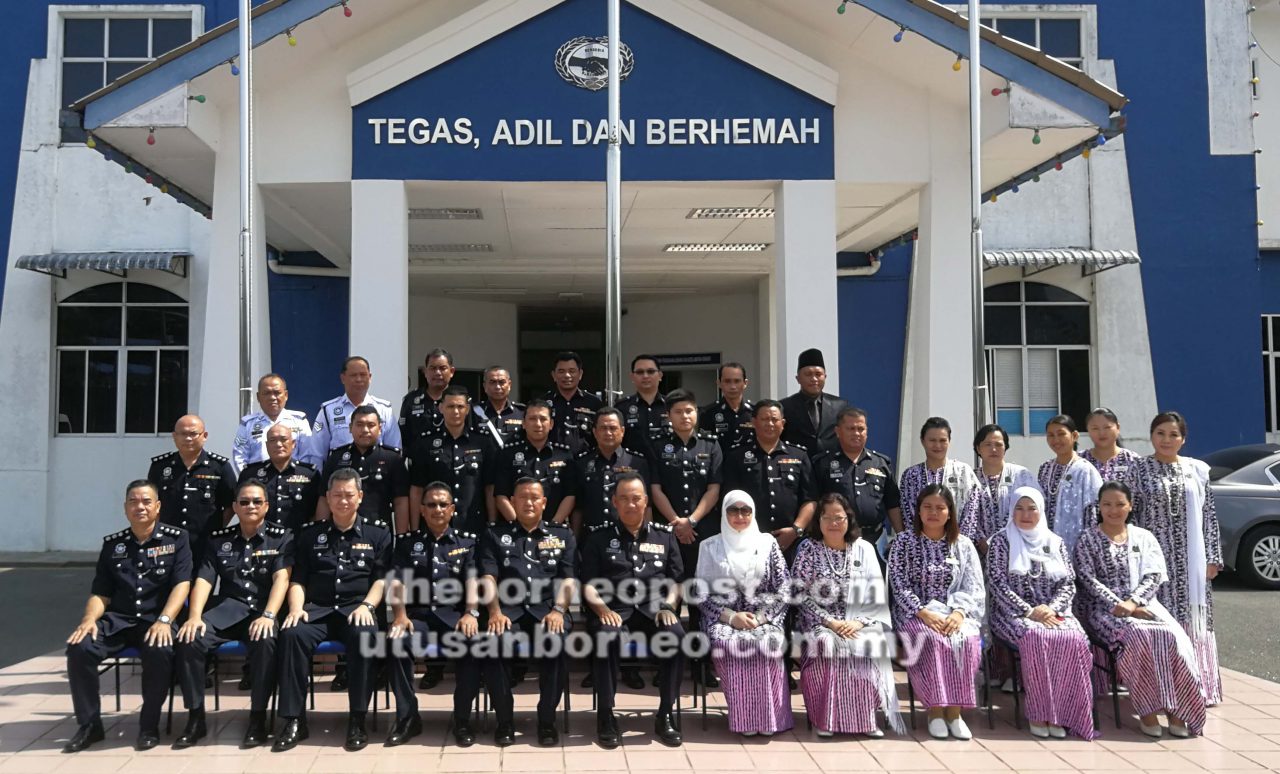 Mohd Dzuraidi (seated, centre), Poge and Sahar (seated – fifth and left, respectively) in a photo-call with senior officers and members of Police Families Association (Perkep) after the handover of duties.

DSP Poge Nyaon, who assumed the post of OCPD yesterday, said his focus would be on tackling and reducing the crime rate in Bau by engaging with the local community.

“I will continue my plans to strengthen crime prevention initiatives as well as engage with the community through community policing to ensure everyone feels safe at all times,” he said after symbolically receiving his duties from ASP Damataries Lautin at Bau District police headquarters.

Damataries was made acting Bau OCPD after his predecessor, DSP Mohd Sabri Zainol, was appointed as Miri deputy police chief.

On enhancing border security, Poge said his men would work closely with the Armed Forces and their counterparts in Indonesia, to eradicate cross-border crimes.s