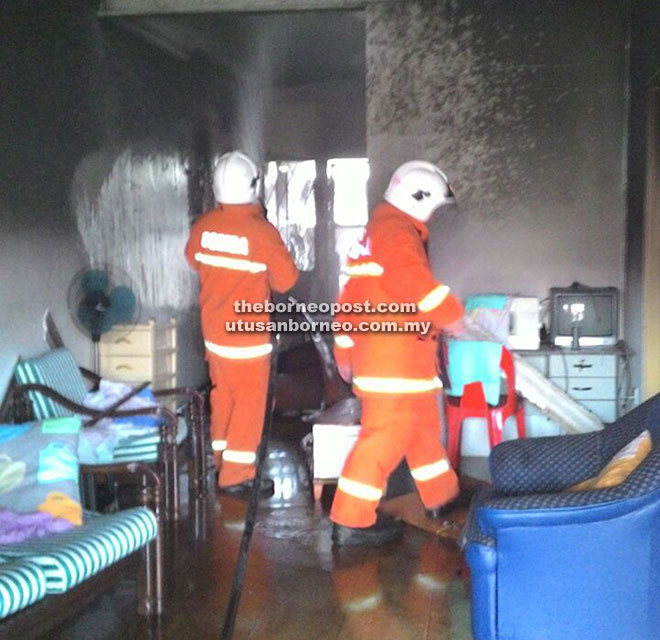 Lopeng firemen inspecting the scene of the fire.

MIRI: Adjoining homes were saved in a terrace house fire, thanks to alert neighbours and swift action from the Lopeng fire station yesterday afternoon.

It was learnt that after receiving a distress call on the Senadin fire by the house’s next door neighbours at 3.15pm, a team of nine firemen led by Henry Jugah were immediately dispatched to the scene located about 20km from the city centre.

The house’s tenants, Dennis Dupuis and his wife Dora, were not home during the blaze as both were attending a church service in Morsjaya.

Fortunately, for the couple, both foreigners, their neighbours who spotted the flames and thick smoke billowing, dashed to the house with a bucket brigade to fight the fire.

“We were worried that the fire might spread to the other houses,” said one neighbour when met at the scene.

The fire damaged about 60 per cent of the terrace house. The actual cause of the fire has yet to be determined with investigations underway.