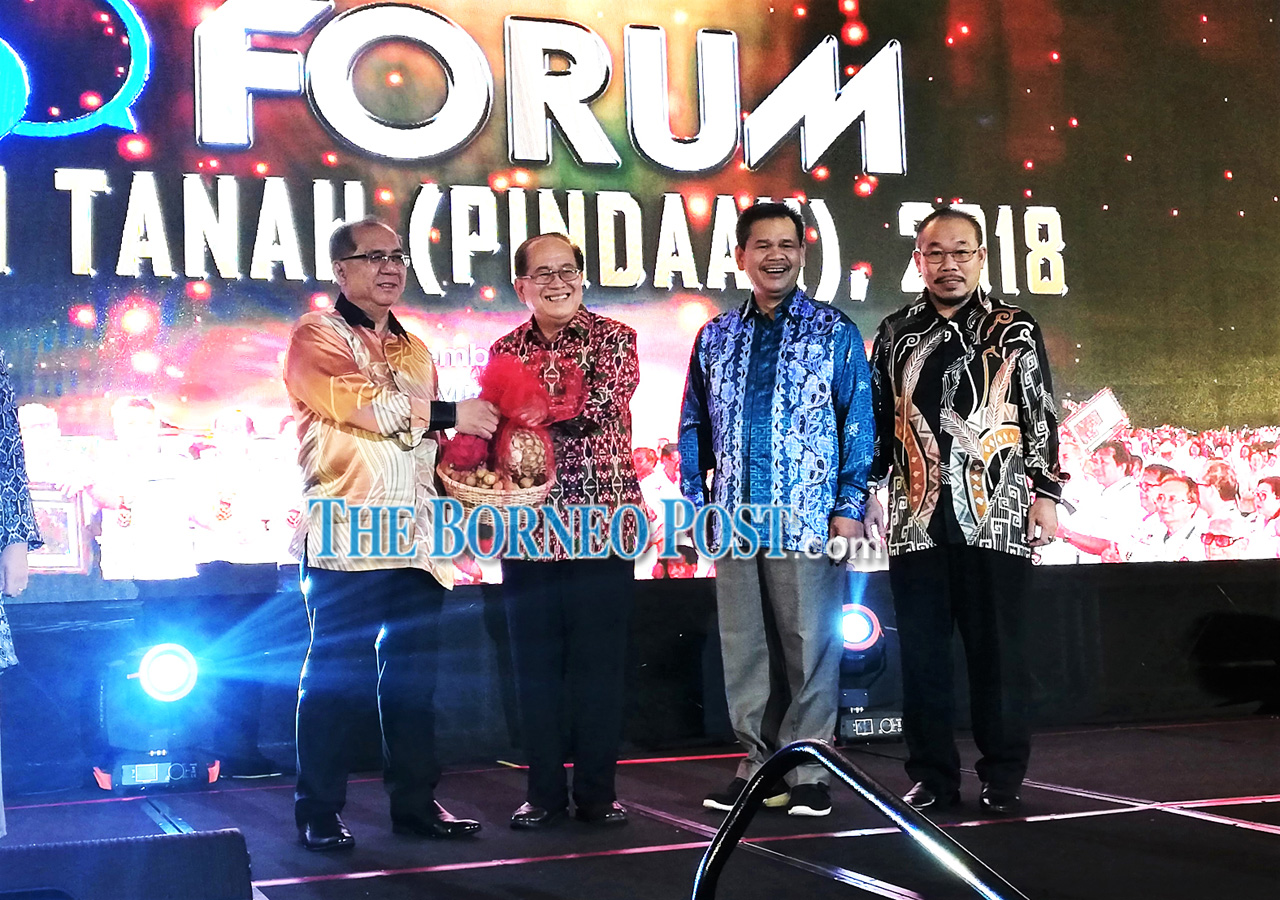 Deputy Chief Minister Datuk Amar Douglas Uggah Embas said this was in contrast with the old system where only 250,000ha were surveyed over 50 years until 2009.

“Comparatively in eight years, from 2010 until now, we were able to survey a total of 888,767ha of NCR land throughout Sarawak or about 2.196 million acres – that is more than double compared to using the old system of surveying.

“Out of the total land surveyed, 724,923ha had been gazetted as Bumiputera Communal Reserve (Agriculture). Under Section 18, a total of 36,747ha had been surveyed and given titles involving 18,849 lots,” said Uggah at the Forum on Land Code (Amendment) Ordinance 2018 welcoming dinner on Thursday.

He stressed there is no truth that the government is robbing landowners of their NCR land, particularly those surveyed under Section 6 and 18 of the Sarawak Land Code Ordinance.

“It is a blatant lie to say that the government is converting NCR land surveyed under Section 6 into state land – thus losing its communal title.

“Under the NCR New Initiative, the state government continues to survey the land under perimeter survey under Section 6 and will subsequently issue land titles in perpetuity under Section 18. Unless the owners sell them, no one, not even the government or big companies can develop such land without their consent,” he explained.

Uggah called on community leaders and government officials to help disseminate the correct information to the people so that work to survey the 1.5 million ha of land in Sarawak could be expedited.