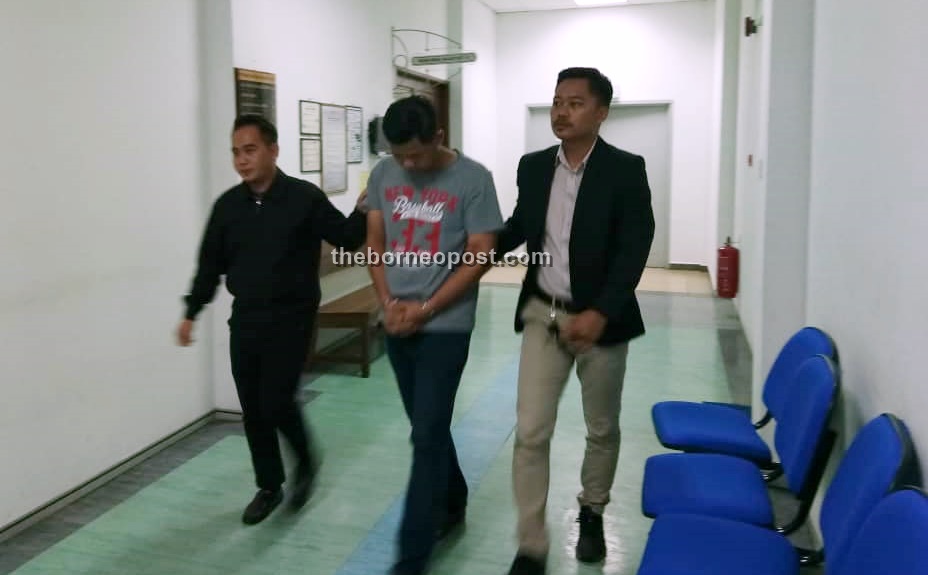 The suspect is escorted by MACC officers to the courtroom.

MIRI: A Royal Malaysian Navy personnel was remanded for five days by a magistrate’s court here this morning, to assist the Malaysia Anti Corruption Commission’s (MACC) probe into a false claims case.

In his remand application, Jamal who was representing the investigating officer for the case, said the suspect was arrested at 8.45pm last night at the MACC office when he came to give statement.

The arrest was made on suspicion of the suspect being an accomplice to two other individuals in creating claim invoices with false details, regarding the rental of three buses during a training session in October, 2017.

However, the court only allowed a five-day remand on the suspect which will end on Jan 30.