Najib wishes all the best for athletes competing at Sukma 2016 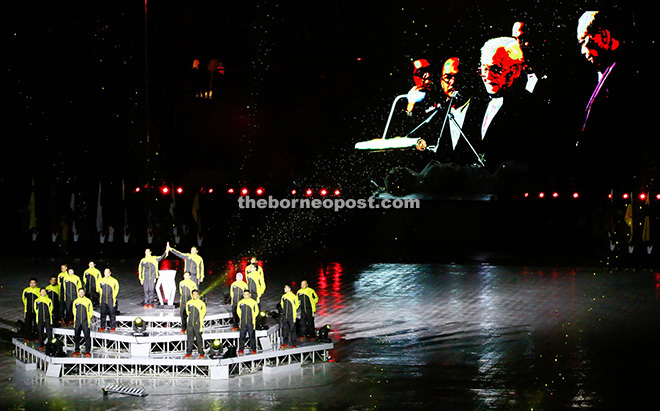 The special projection when Taib declares the Games open.

In his latest posting on Facebook and Twitter, the prime minister said he hoped all the athletes would compete with one another with high level of sportsmanship.

“To the athletes from all the participating states, go on and compete with a full spirit of sportsmanship. May the best athletes succeed. I wish you all the best,” he said.

Sukma, which is being held from July 22 to 31, will see 19 sports being contested in Kuching and Samarahan,

while Sibu would host the badminton and volley ball events, and Miri the venue for karate, sepak takraw and yachting events.