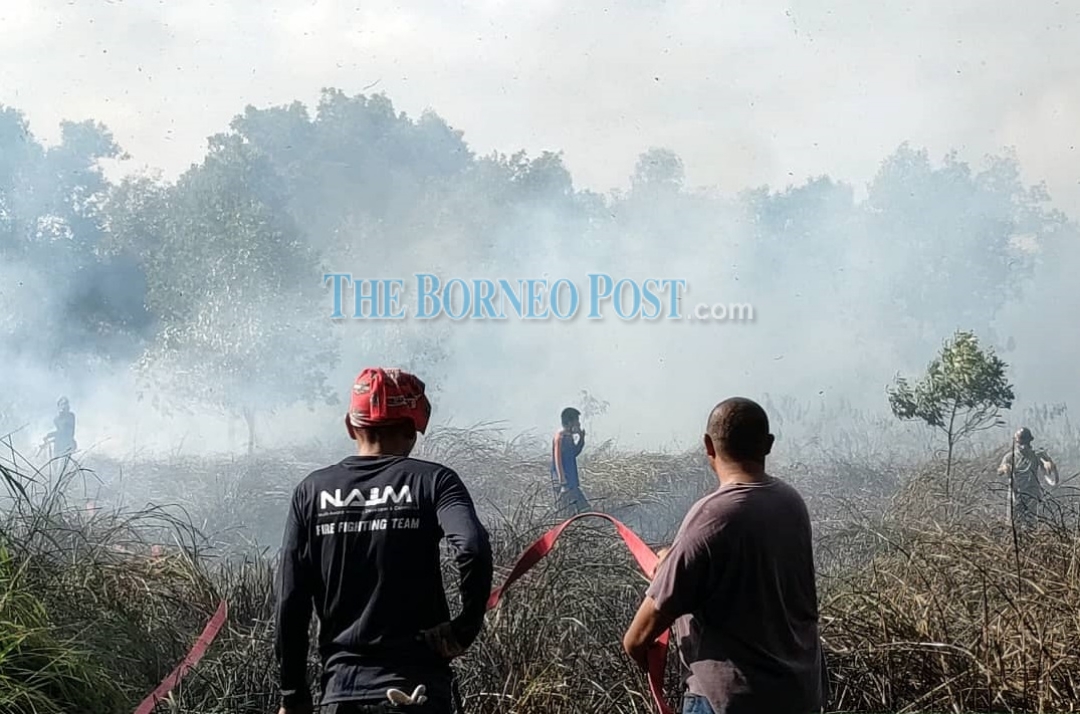 According to its statement yesterday, the team formed about two decades ago as part of the Group’s corporate social responsibility has 10 staff voluntary firefighters trained in basic fire-fighting with basic fire-fighting equipment to assist authorities.

The team is actively assisting authorities fight bushfires at Kuala Baram besides patrolling the Group’s sites and surrounding areas to detect bushfires.

“The frequency of patrols is increased during the dry season due to high possibility of such fires. Currently, we conduct three patrols daily.

“Besides patrols, we use drones to monitor the sites. In fact, we are going to purchase a higher-specs surveillance drone soon to view what is happening on the ground in real time with more accuracy and respond, to add value to our operations, especially emergency responses,” she revealed.

Ting added that Naim has also constructed ‘fire breakers’ at its sites to prevent spread of bushfires besides putting up signages to prohibit trespassing and open burning at its sites.

“We will continue to be vigilant and remain committed in helping the authorities address this concern,” she added.