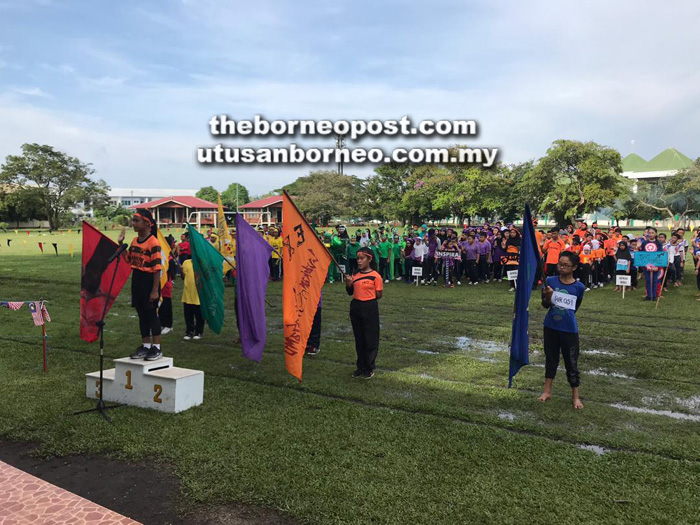 An athlete (on podium) leads his schoolmates in the oath-taking ceremony.

MIRI: The PH-led federal government will continue to address and look after education matters in Sarawak.

Miri MP Dr Michael Teo said the education development agenda, including those in Sarawak, was very close to the heart of the PH government.

“It welcomes any good work that supports and complements the existing school development projects being done by the government,” he said when opening SK Anchi’s annual sport meet at the school ground yesterday.

Dr Teo’s text of speech was read by his special officer Korina Mang.

On the sport event, he said it would provide another avenue for the pupils to hone their sporting prowess while not forgetting the academic aspect.

He said it’s important for the school to give equal attention on both academic and non-academic fields such as sport in order to produce future leaders with calibre.

Later at the same function, he announced a Minor Rural Project (MRP) grant of RM4,000 for the school’s parent-teacher association (PTA) to finance their many school activities.

Headmaster Abdul Azizi Taiee was also present at the event.