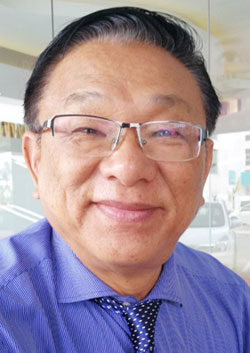 MIRI: Miri MP Dr Micheal Teo says foreign workers are the last group of people who could lead to another spike of Covid-19 infections in Malaysia, and calls for pragmatic and humane approach by the authorities to get them to cooperate and come out for free testing.

He said Covid-19 testing on foreign workers should be free of-charge and even given incentives such RM30 for meals while a moratorium on arrests of illegal migrants should be put in place in Sarawak to encourage them to turn up for mass testing.

“We should treat them humanely and encourage them to come out for testing instead of arresting them as what is happening in Peninsular Malaysia. If you go after them, they will go into hiding and will not cooperate even if they are Covid-19 positive,” he said.

The detection of foreign worker clusters has led to a surge of new Covid-19 cases to 187, bringing the number of cumulative cases to 7,604 in Malaysia on May 26 after dipping steadily in the run-up to the Raya celebrations.

Health director-general Datuk Dr Noor Hisham Abdullah said notwithstanding the 10 imported cases out of the 177 locally-transmitted cases, 173 involved non-Malaysians, where 155 of them were detected at the Immigration detention depot in Bukit Jalil and 13 cases from the security guard cluster in Cheras.

Singapore confirmed an additional 383 Covid-19 cases as of May 26, bringing the tally of infections in the republic to 32,343 on Monday. Its Health Ministry classified 1,668 cases as community transmissions, 580 as imported, and 29,712 as foreign workers residing in dorms.

Dr Teo warned that with two to three million foreign workers in Malaysia, many of whom are illegal because their employers could not afford the levy tax. This is a vulnerable group that must be tested to prevent another wave of infections in the country.