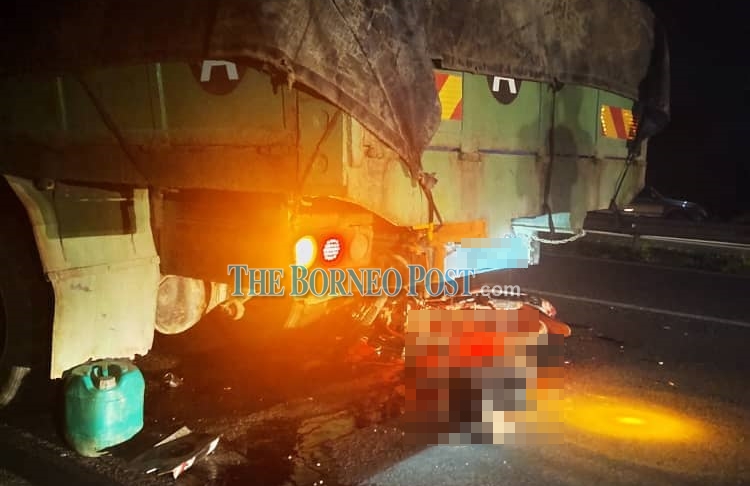 Both victims were found lying underneath the lorry after the crash.

BINTULU (Feb 23): A motorcyclist and his pillion rider were killed after their machine crashed into the rear of a lorry which was parked at the roadside at Mile 26 Bintulu-Miri Road last night.

He said prior to the accident, the two victims were travelling from Bintulu towards Miri, adding that the motorcyclist was believed to have lost control of his machine before ramming into the back of the lorry.

“The pillion rider was pronounced dead at the scene by medical personnel while the motorcyclist who was taken to hospital for further treatment succumbed to serious injuries,” he said in a statement today.

The identities of the victims have yet to be ascertained. The 37-year-old lorry driver was unharmed in the accident.

The case will be investigated under Section 41(1) of the Road Transport Act 1987.