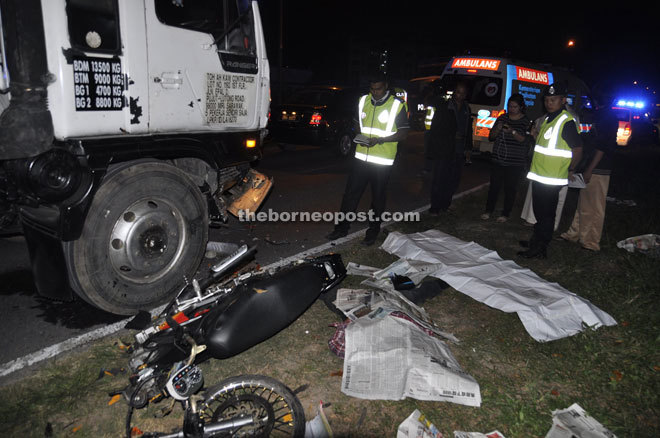 Police investigating at the crash scene.

MIRI: A motorcyclist was killed when his machine crashed into a stationary garbage truck early yesterday in Kampung Pulau Melayu.

It was learnt that in the 4.30am tragedy, the garbage truck, with its engine running, was parked at the roadside as the driver was collecting rubbish from the area.

The motorcyclist was pronounced dead at the scene due to injuries on his head and his body was transported to Miri hospital for a post-mortem.

He has been identified as Fariz Firdaus Ibrahim, 33, from Piasau Jaya. It is believed that Fariz was on his way home to Piasau after fishing at a spot in Kampung Pulau Melayu. The case is investigated under Section 41(1) of the Road Transport Act, 1987.

Poor chap. May his soul RIP.