Motorcyclist and pillion injured in accident 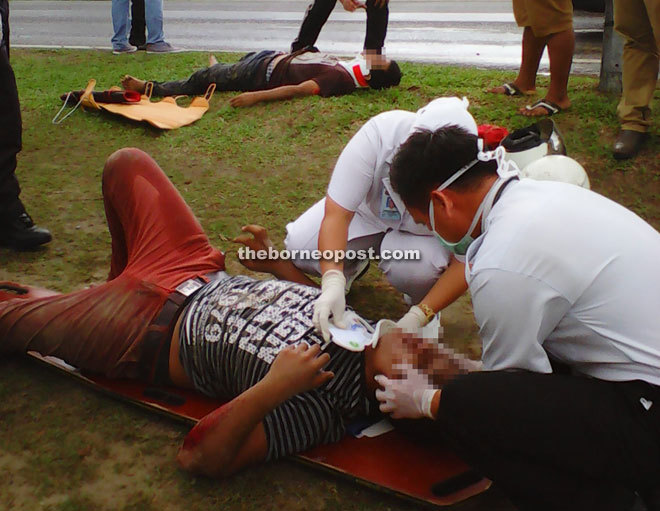 Medical personnel attending to the victims.

MIRI: A motorcyclist and his pillion rider were seriously injured in an accident that occurred at Jalan Pujut-Miri yesterday morning.

The incident happened at about 11.15am while they were heading towards Marina Park from Senadin. It was said that the motorcycle they were riding on suddenly went out of control before it crashed onto a street lamp post.

Due to the crash, both of them were flung off the motorcycle and landed on the grassy road shoulder. Both victims, in their late 20’s, suffered bodily injuries and have been warded at Miri hospital.

Can’t say I feel pity to most of the victim riders. Just look at how they conduct their bikes on the road.