MIRI: A motorcycle and several items inside a house at Desa Senadin were reported stolen during a break-in yesterday.

A report on the incident has been lodged at Lutong police station the same day by the houseowner after he realised the incident around 7am.

Among those missing were a toilet bowl worth about RM700, grinder (RM340) and water pump (RM760). The house was left vacant during the incident.

The thieves gained entry into the house through the front door.

In a separate incident, a 4WD vehicle which was reported missing on Christmas Day has been recovered among the bushes at Kampung Lereng Bukit about 1pm yesterday.

However, most of the vehicle’s essential parts including its sound system, doors and all four tyres are gone. It is learnt that on Christmas Eve, the vehicle owner, 25, had parked the vehicle near an entertainment outlet in Pelita Commercial centre.

When he was about to return home early the next day he realised that his wallet and the 4WD’s key were missing. 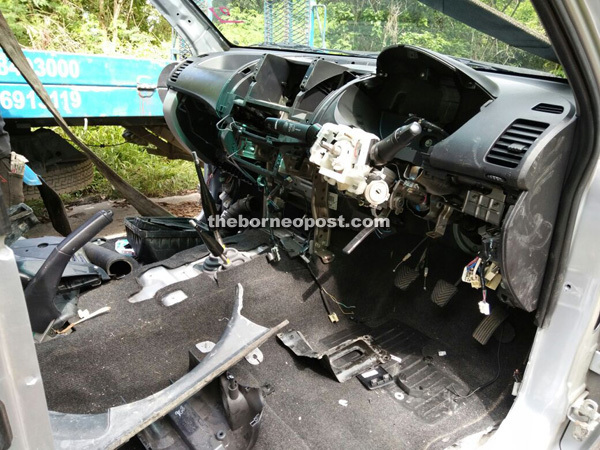 The missing 4WD was found, but without the essential parts.