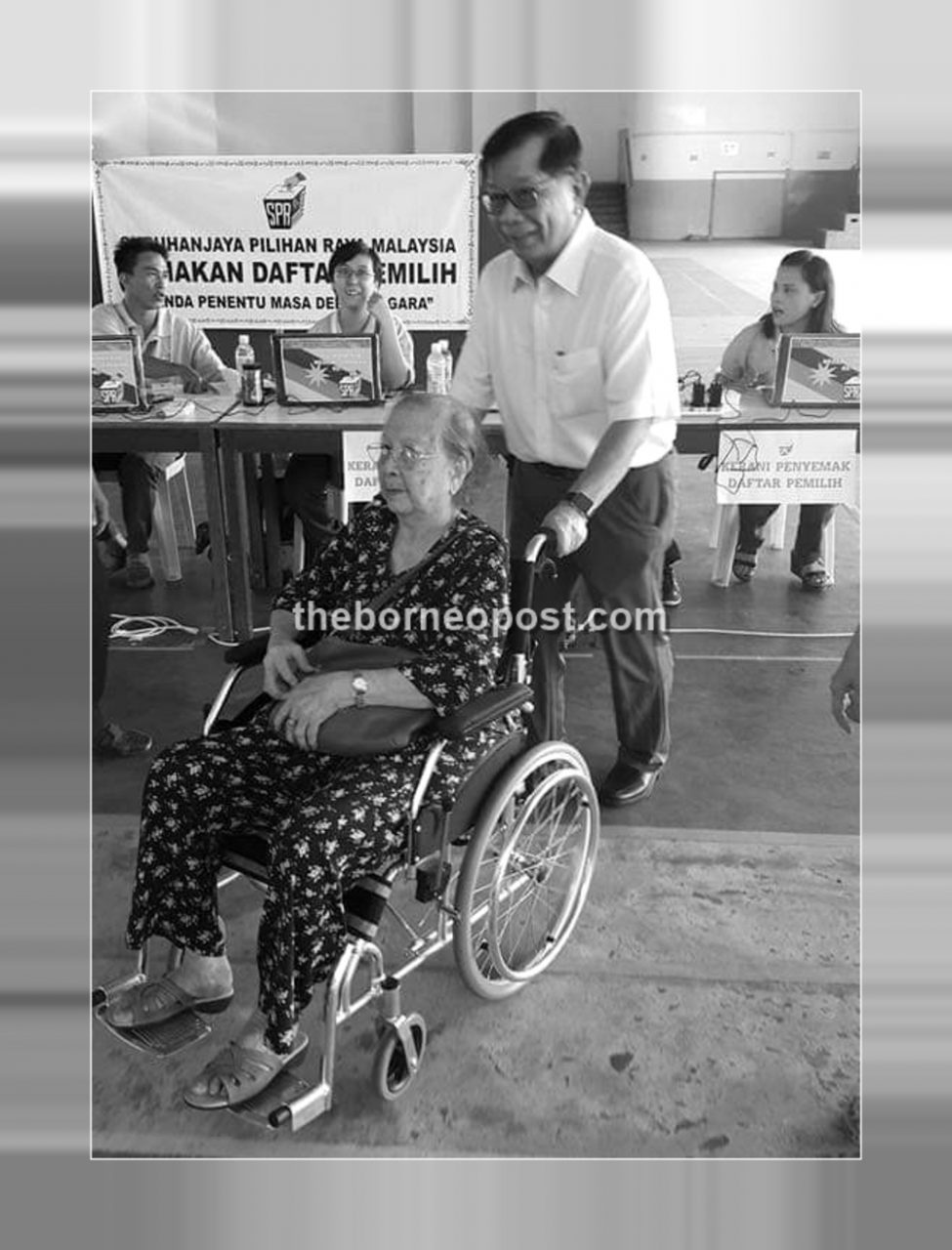 Leong is escorted by Dr Chan during the last state elections in 2016 to vote in her constituency at the SJK Chung Hua Miri polling station.

MIRI: The mother of former Deputy Chief Minister Datuk Patinggi Tan Sri Dr George Chan, Leong Lai Wah, has passed away peacefully in her sleep at 3pm in her home today, at the age of 104.

Leong, although wheelchair bound, was known for her friendly smile and being active numerous charities.

Last year, she made a brief visit to the Go Bald Campaign, an annual fund raising campaign by Sarawak Children’s Cancer Society held in Miri, in support of the fight against childhood cancer and had donated RM10,000 to the cause.

When contacted by The Borneo Post, councillor Karambir Singh revealed that Chan is expected to arrive back in Miri tonight and the date for the wake and funeral service will be decided soon.