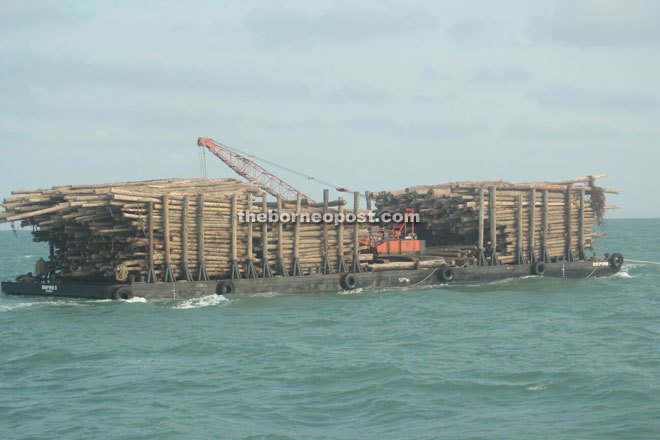 The barge with the confiscated timbers .

MIRI: The Malaysia Maritime Enforcement Agency (MMEA) here has detained a tugboat and a barge in Miri waters and confiscated 2,386 timber logs.

Its director, First Admiral Abim Sungom, in a press statement received here yesterday, said their patrol vessel came across the tugboat and barge during Ops Permai which started on Feb 22.

According to him, the patrol vessel detected a suspicious-looking tugboat about 28km from Tanjung Lobang beach about 5pm on Feb 23.

“At 6.55 pm, the tugboat and barge were stopped and a subsequent inspection was carried out.

He added there were three Indonesian crews working onboard while the helmsman was a Malaysian.

The Forest Department is still in the process of calculating the value of the confiscated timbers.