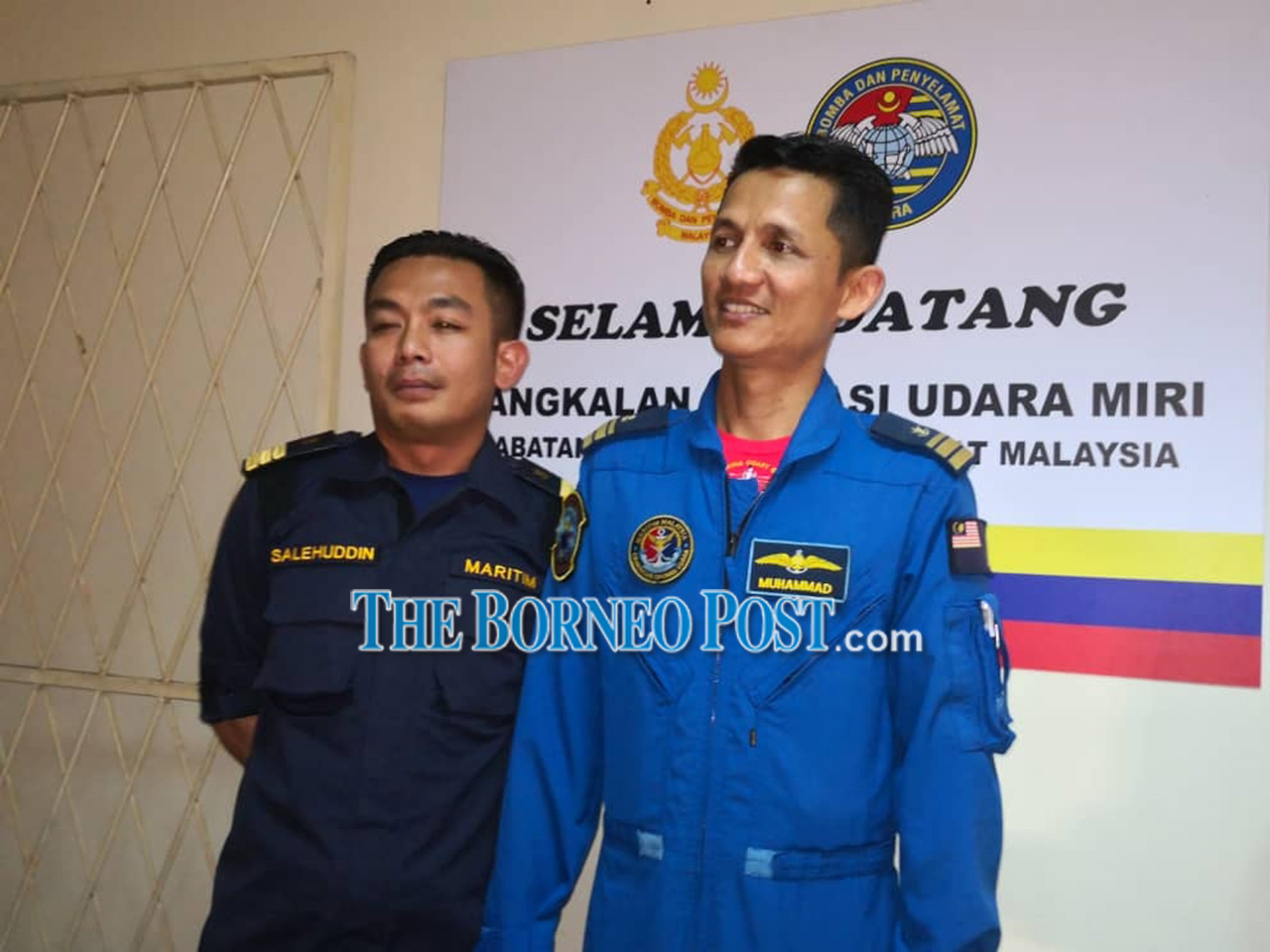 Muhammad Saad (right) and a MMEA officer seen at the Fire and Rescue Department air base in Miri.

Its pilot Lieutenant Commander (Maritime) Muhammad Saad said the figure represented the most drops carried out since the aircraft’s deployment here, and was largely due to the efforts of MMEA vessel Kilat 41 in clearing Baram river of logs and other debris.

“(The effort by) Kilat 41 enabled us to make the most drops yesterday – 50 in total in two sorties. We managed to drop a total of 300,000 litres of water at Sector 3,” he said when met by The Borneo Post.

Muhammad said in the first three days of the water-bombing exercise, the aircraft was only able to drop 210,000 litres of water as pilots struggled to collect water from the debris- and log-filled Baram river.

“Yesterday (Monday) and today (yesterday), we had Kilat 41 controlling the flow (of logs and debris) at the river which enabled us to carry out our job well,” he added. 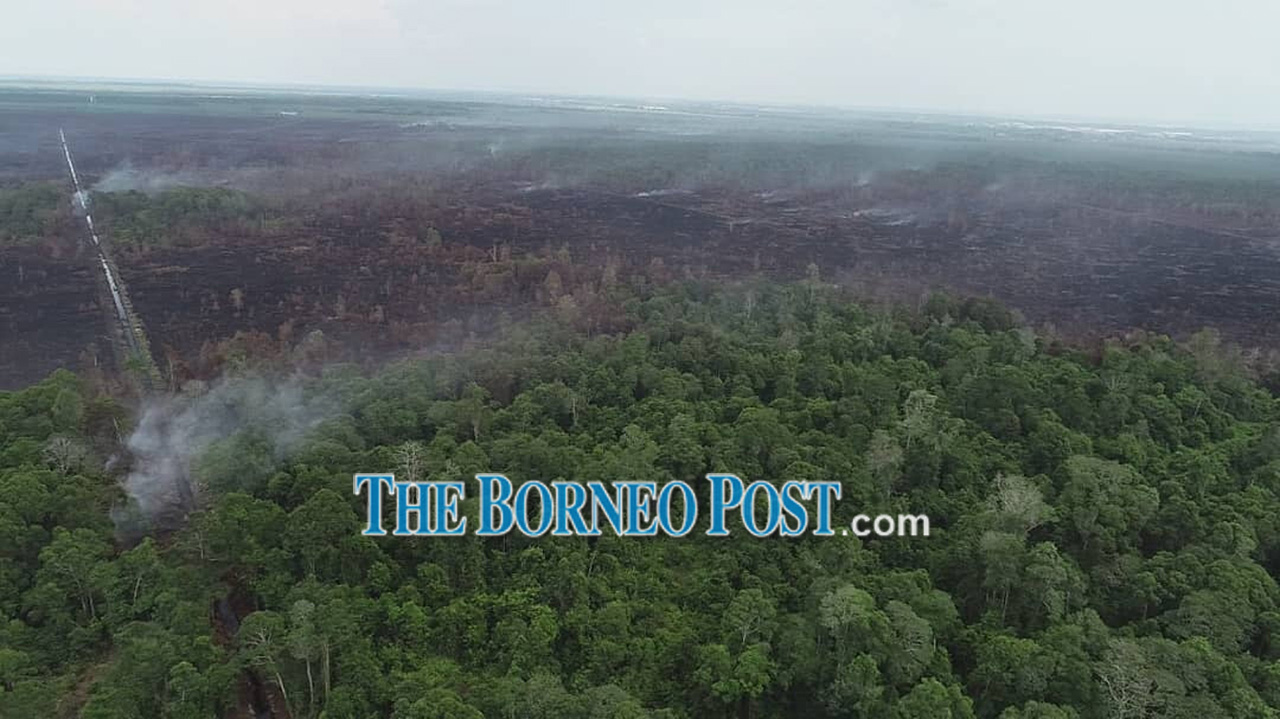 An aerial shot taken by the drone yesterday shows the destruction at Sector 3 in Kuala Baram.

More than a million litres of water have been dropped in Sector 3, Kuala Baram as of yesterday, as ground and aerial teams continue to struggle to put out the remaining fires which have thus far destroyed over 1,200 acres.

Meanwhile, a drone belonging to the Civil Defence Force (APM) in Bintulu was deployed to Kuala Baram yesterday to help in the operation.

The drone was tasked to carry out surveys at near a plantation in Sector 3 where Muhammad and his team were carrying out water bombing.

The drone was operated by APM personnel here, led by Mohd Hazle Shah Abdul Hamid, who told The Borneo Post that his team was having difficulties surveying the area due to lack of road access.

Mohd Hazle added the drone will also aid the Natural Resources and Environment Board and district disaster management committee by providing a clearer view from above regarding the situation on the ground.