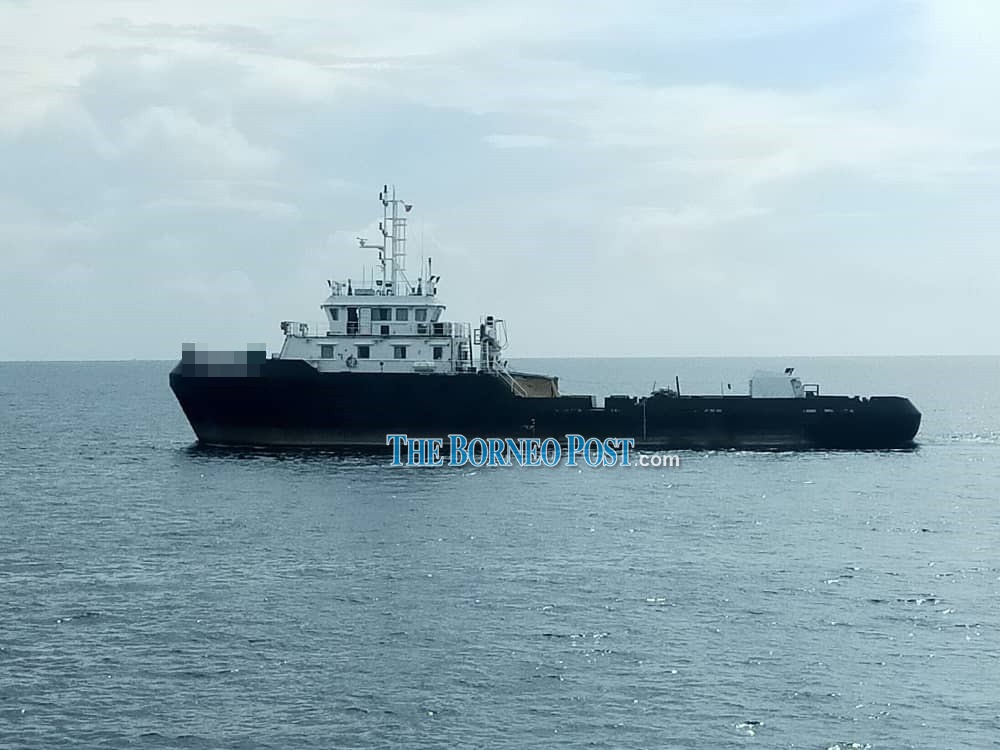 Photo shows the tugboat manned by a foreign crew, which was detained by MMEA.

“Inspections found that the boat had failed to provide any documents but an expired Domestic Ship Licence (DSL),” he said in a statement.

Md Fauzi said the tugboat was manned by five Indonesian crew members, including the skipper, aged between 26 and 49, with valid employment documents and passports.

“All crew members and the tugboat have been detained and escorted to the Miri anchor area for further investigation.

“The case will be investigated under the Merchant Shipping Ordinance 1952 due to expired DSL,” he added.

He advised the maritime community to always abide by the law and prioritise safety at sea by wearing lifejackets.